Home News The life and death of Queen Elizabeth
Our website publishes news, press releases, opinion and advertorials on various financial organizations, products and services which are commissioned from various Companies, Organizations, PR agencies, Bloggers etc. These commissioned articles are commercial in nature. This is not to be considered as financial advice and should be considered only for information purposes. It does not reflect the views or opinion of our website and is not to be considered an endorsement or a recommendation. We cannot guarantee the accuracy or applicability of any information provided with respect to your individual or personal circumstances. Please seek Professional advice from a qualified professional before making any financial decisions. We link to various third-party websites, affiliate sales networks, and to our advertising partners websites. When you view or click on certain links available on our articles, our partners may compensate us for displaying the content to you or make a purchase or fill a form. This will not incur any additional charges to you. To make things simpler for you to identity or distinguish advertised or sponsored articles or links, you may consider all articles or links hosted on our site as a commercial article placement. We will not be responsible for any loss you may suffer as a result of any omission or inaccuracy on the website.
News

The life and death of Queen Elizabeth 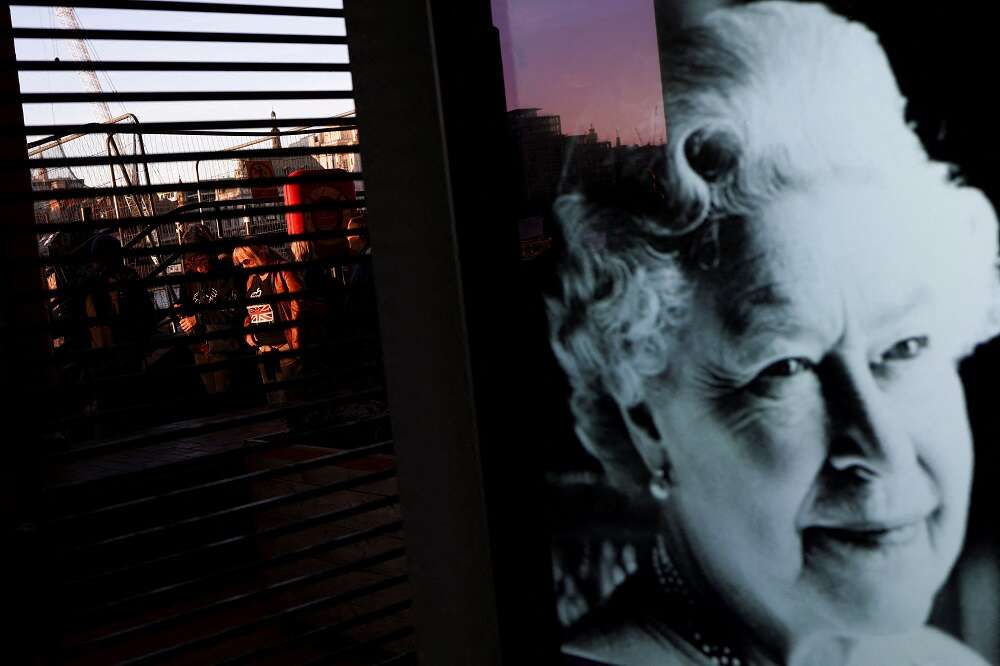 Following is a timeline of the queen’s life and reign:

February, 1952 – Princess Elizabeth and her husband Prince Philip, set out on a tour of Africa and Asia in place of her ailing father, King George VI.

Feb. 6, 1952 – News of the king’s death reaches her in Kenya, meaning she is the first sovereign in more than 200 years to accede to the throne while abroad.

March, 1970 – During a visit to New Zealand, the queen introduces the “walkabout”, a meet-the-people tactic for royal tours.

1977 – The queen marks her Silver Jubilee – 25 years as monarch – with a tour of Commonwealth countries and lavish celebrations in Britain.

May 14-26, 1991 – The queen tours the United States and becomes the first monarch to address Congress.

1992 – Her 40th year on the throne, which she calls her ‘annus horribilis’ (horrible year), is marked by marital upsets and public dissent.

March 20, 1995 – The queen makes the first address by a British monarch to a South African parliament since 1947.

Dec. 20, 1995 – Buckingham Palace confirms the queen has written to Charles and Diana urging them to divorce.

Aug. 31, 1997 – Diana and her millionaire companion Dodi al-Fayed are killed when their car crashes while being chased through Paris by photographers on motorcycles. The queen and the royal family are criticised for their reserved response.

Nov. 20, 1997 – large crowds greet the queen and Philip as they mark their golden wedding anniversary. In an unusually frank speech, the queen acknowledges that monarchies survive only through public support.

April 29, 2011 – The queen attends the wedding of her grandson Prince William and Kate Middleton.

May 17-20, 2011 – Queen makes four-day state visit to Ireland, the first by a British monarch since Ireland won its independence from London in 1921.

June 2-5, 2012 – The diamond jubilee to mark her 60th year on the throne sees four days of celebrations along with a nationwide tour. A million people gather for a pageant on River Thames, and millions more attend street parties.

April 21, 2016 – Elizabeth celebrates her 90th birthday, the first British monarch to reach such a milestone.

Nov. 20, 2017 – Elizabeth and Philip celebrate their 70th wedding anniversary with a private party at Windsor Castle.

May 19, 2018 – The queen’s grandson Prince Harry marries Meghan Markle, a divorced U.S. actress from Los Angeles, at a star-studded wedding at Windsor Castle.

Oct. 20, 2019 – A family row between William and Harry becomes public, with the younger prince confirming the rumours of a rift.

Nov. 15, 2019 – Prince Andrew gives a disastrous interview to BBC TV in an attempt to draw a line under a sex scandal. Days later he is forced to step down from royal duties over his links to the disgraced U.S. financier Jeffrey Epstein, who was jailed in 2008 for child sex offences.

Jan. 8, 2020 – Harry and Meghan announce they will no longer be working members of the royal family. They move to Los Angeles in March.

April 5, 2020 – The queen makes only the fifth special televised broadcast of her reign to rally the nation amid the COVID-19 outbreak.

Oct. 20, 2021 – the queen spends a night in hospital for the first time in years for what Buckingham Palace termed “preliminary investigations”.

Jan. 13, 2022 – Buckingham Palace says Prince Andrew has been stripped of his military links and royal patronages and will no longer be known as “His Royal Highness” as he defends a U.S. lawsuit brought by Virginia Giuffre who said the royal sexually abused her when she was a teenager.

Feb. 6, 2022 – Queen marks her 70th year on the throne, using the occasion to give her blessing to Charles’s second wife Camilla being called Queen Consort when he becomes king.

Feb. 15, 2022 – Prince Andrew pays an undisclosed sum to settle the U.S. lawsuit, but admits no wrongdoing.

Feb. 20, 2022 – The queen tests positive for COVID-19 and is said to be suffering from mild cold-like symptoms. She soon returns to official duties.

May 9, 2022 – The queen pulls out of ceremonial opening of parliament due to mobility problems.

June 2-5, 2022 – Four days of celebration in Britain mark the queen’s Platinum Jubilee. The queen herself has to withdraw from several events due to “episodic mobility issues” but says she has been “humbled” by the support she has received.

Sept. 6, 2022 – Queen performs what will be her last public duties, accepting the resignation of Prime Minister Boris Johnson at Balmoral Castle and appointing his replacement Liz Truss – the 15th prime minister of her reign.

Sept. 11, 2022 – Her coffin is driven to Edinburgh, past tens of thousands of mourners lining the route.

Sept. 13, 2022 – Tens of thousands line the streets of London as the coffin is flown to the capital and driven to Buckingham Palace.

Sept. 14-19, 2022 – Queen’s body lies in state at Westminster Hall. Hundreds of thousands of people queue for hours to file past her coffin.