Home Digital The role of smart technology in delivering ethical physical security
Our website publishes news, press releases, opinion and advertorials on various financial organizations, products and services which are commissioned from various Companies, Organizations, PR agencies, Bloggers etc. These commissioned articles are commercial in nature. This is not to be considered as financial advice and should be considered only for information purposes. It does not reflect the views or opinion of our website and is not to be considered an endorsement or a recommendation. We cannot guarantee the accuracy or applicability of any information provided with respect to your individual or personal circumstances. Please seek Professional advice from a qualified professional before making any financial decisions. We link to various third-party websites, affiliate sales networks, and to our advertising partners websites. When you view or click on certain links available on our articles, our partners may compensate us for displaying the content to you or make a purchase or fill a form. This will not incur any additional charges to you. To make things simpler for you to identity or distinguish advertised or sponsored articles or links, you may consider all articles or links hosted on our site as a commercial article placement. We will not be responsible for any loss you may suffer as a result of any omission or inaccuracy on the website.
Digital

The role of smart technology in delivering ethical physical security 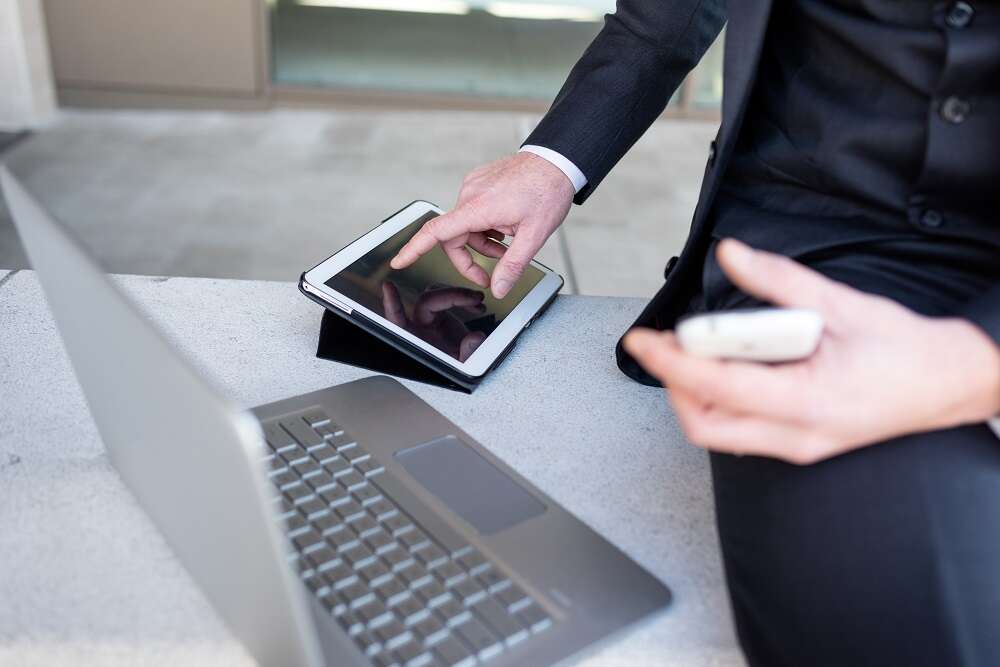 The physical security sector is full of words that could send shivers up the spine of any privacy-conscious individual: words such as “monitoring”, “sensors”, and “surveillance”. It’s perhaps unsurprising, then, that while technology such as video security cameras plays a critical role in protecting property, people, and assets, there’s a misconception that this security has to come at the expense of privacy.

This is true in the wider public consciousness where, due to recent incidents making the news, people might rightly have concerns over their personal privacy. Unfortunately, this is common within the security community, where there is sometimes an uncomfortable assumption that sacrifices in personal privacy are an unavoidable cost of doing business.

However, this doesn’t have to be the case – security can be delivered while respecting personal privacy. Indeed, protecting people while ensuring the safety of their data should be the ultimate goal of every security provider.

The concern around surveillance

Unfortunately, there have been incidents of unnecessary surveillance and misuse of technology that have strengthened public fears around privacy. China’s surveillance of the Xinjiang province, where the government is cracking down on ethnic Uighurs with the alleged support of private sector providers, has rightly led to questions on the role of technology businesses in compromising human rights.

Closer to home, there have been calls for regulation of facial recognition technology to ensure people’s privacy is sufficiently safeguarded. In a recent interview, Professor Fraser Sampson, the UK Government’s Surveillance Camera Commissioner, suggested that some technological surveillance capabilities are “ethically fraught.” He argued for a single set of principles to ensure that anyone using such technology can be held to account in the event of any breaches of privacy. There are similar concerns across the Atlantic, too, where the US House Committee on the Judiciary held a debate in July, seeking to balance the benefits to lawmakers of using facial recognition technology against the right to personal privacy.

It is the physical security industry’s responsibility to both the public and its customers to establish a code of ethics and hold itself to account in addressing concerns around privacy. We should constantly be questioning the purpose and risks inherent in the technology we are providing – for example, whether there is any legitimate use case for facial recognition technology – and weigh this against the potential impact of misuse. As a baseline standard, organizations should be given full visibility and control of their systems to ensure the relationship between the security provider and customer is transparent. To protect employees’ privacy, the intelligence generated by security systems should be anonymized as much as possible.

Not only is this a point of morality, but it is also integral for the security community to grow sustainably. In an increasingly privacy-conscious world, the physical security providers that hold themselves to a higher standard of ethics will more easily comply with increasing regulation and governance, secure the trust of their customers, and gain a competitive advantage in the long term.

Public concerns around privacy can be exacerbated when physical security is paired with terms such as “big data”, “analytics”, “the cloud”, and “artificial intelligence”, which have inherited negative connotations in other realms of technology because of incidents like the Cambridge Analytica scandal. However, advances in technology can actually make it easier for companies to take an ethical approach to physical security.

This can be demonstrated if we take quite a typical example of security cameras in an office building. Historically, security feeds would require constant monitoring by a security professional, meaning that an individual is always watching employees. However, by using the technologies listed above, security cameras can be made a lot less intrusive.

Smart security systems can anonymously aggregate data generated by a video camera and store it in the cloud, where AI can analyze it for signs of a security incident. Only in the event of suspicious activity would an alarm be triggered, meaning only the relevant security footage would ever be accessed by a human being. This vastly reduces the opportunity for misuse or a breach of employee privacy.

This example is just the tip of the iceberg. Advances in the sensitivity and intelligence of sensor technologies have also increased the number of use cases in which security cameras are not necessary in the first place. The amount of data that smart sensors can collect and analyze means that even without video, organizations can still receive real-time security alerts, operational insights, and fast and accurate post-event investigations.

While the security industry may face scrutiny on its impact on personal privacy, the latest innovations in machine learning, AI, cloud and hardware have made it easier to provide solutions that achieve the ultimate goal of protecting people, property and critical infrastructure ethically and transparently. Therefore there are no excuses – with the tools that are readily available, there is no reason that security should come at the expense of privacy. Organizations should be wary of any security company that tries to tell them otherwise. Security companies themselves should be trying to adopt ethical practices as soon as possible to move in line with the increasing demand for safeguards around personal data.

Rethinking refunds for the cruise industry

Most cyber breaches are caused by human error:...

AmerCareRoyal sets its sights on scalability by choosing...

HOW TO USE CONSUMERS’ IP GEOLOCATION FOR BETTER...

Onfido launches Motion, the next generation of facial...

Avast Commits to Becoming a Founder of the...