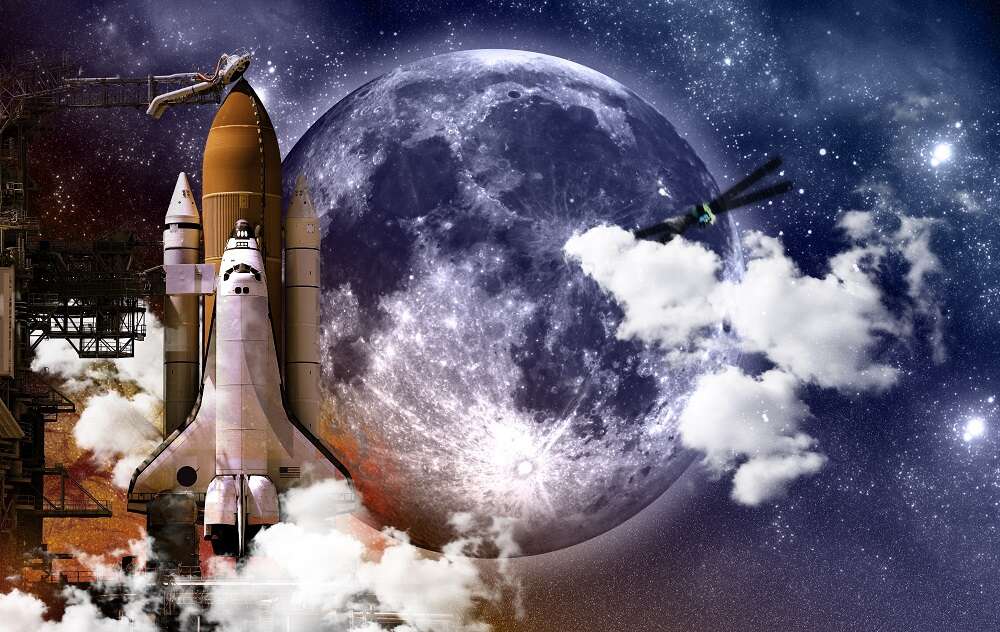 LONDON, UNITED KINGDOM, December 6, 2021 / – It has been coined the Billionaire Space Race because of the huge amounts of wealth needed to develop and send futuristic rockets and satellites into the galaxy or transporting tourists up amongst the stars. Elon Musk, Jeff Bezos and Richard Branson make the headlines, yet other entrepreneurs have entered the race. TechRound’s readers polled The World’s Top 10 Space Entrepreneurs:

10. Dan Ceperley, CEO of Leo Labs
Dan Ceperley is a champion of new space ventures, innovative space technologies, and sustainable development of the space economy. As the CEO and cofounder of LeoLabs, he created LeoLabs to drive advances in space traffic safety, space situational awareness (SSA), and preservation of the space environment through actionable, real-time information.

9. Robert Bigelow, Founder of Bigelow Aerospace
In 1999 millionaire Robert Bigelow founded Bigelow Aerospace and planned to spend up to US$500 million to develop the first commercial space station with a goal of the station costing 33% of the US$1.5 billion that NASA expended on a single space shuttle mission.
In March 2020, Bigelow Aerospace let go of all 88 members of staff and halted operations after over 20 years of business, in a move that was partly caused by the coronavirus pandemic.
He now mainly funds research in to UFOs

7. Nobu Okada, Founder & CEO of Astroscale
Nobu Okada founded Astroscale in 2013 due to a strong desire to address the growing threat of space debris. He used his personal funds as seed money and hired a team in Singapore in 2013 and opened an R&D office in Japan in 2015, a UK office in 2017, a U.S. office in 2019, and an Israeli office in 2020, whilst raising US $300M capital. The team calls themselves, “Space Sweepers” and their mission is to reduce orbital debris and support long-term, sustainable use of space.

6. Tim Ellis, co-founder and CEO of Relativity Space
Ellis is an American aerospace engineer who in 2015, co-founded Relativity Space with his former classmate, Jordan Noone with the mission of being the first company to launch a fully 3D printed rocket into orbit. Relativity Space’s fully 3D-printed and fully reusable Terran R rocket can be built in only 60 days, according to a report by New Atlas.
Relativity Space announced its US$650 million Series E funding at US$4.2 billion valuation in June 2021.

5. Dr Susmita Mohanty, Space Entrepreneur
Dr Mohanty is a spaceship designer and is the only entrepreneur in the world who has founded space companies on 3 different continents. She is the co-founder and CEO of EARTH2ORBIT, India’s first private space start-up that played a pivotal role in opening up the US launch market for India. Before turning entrepreneur, Dr Mohanty worked for the International Space Station programme at Boeing in California and on Shuttle-Mir missions at NASA Johnson in Houston.

4. Chris Newlands, CEO of Spelfie and Space 2 Consumer Group
Newlands is known as one of the UK’s most connected entrepreneurs in the UK technology sector. He is the CEO of Spelfie – the space selfie, which was launched in November 2019 as an app to capture real-time satellite images of events and their attendees. The first Spelfie was unveiled on the BBC in November 2019, showcasing a message on a beach in Bali from a campaigning group to rid the island of single use plastic bottles. The app then reached the top 10% of all app downloads in history.

Having received its game changing US Patent in March 2021, Spelfie is focussing on offering unique Space to Consumer (S2C) Engagement Strategies to their current and future partners, which is set to underpin an entirely new technology sector as thousands of satellites are set to be launched into space in the next few years. Many of these will be utilised through the US patent. 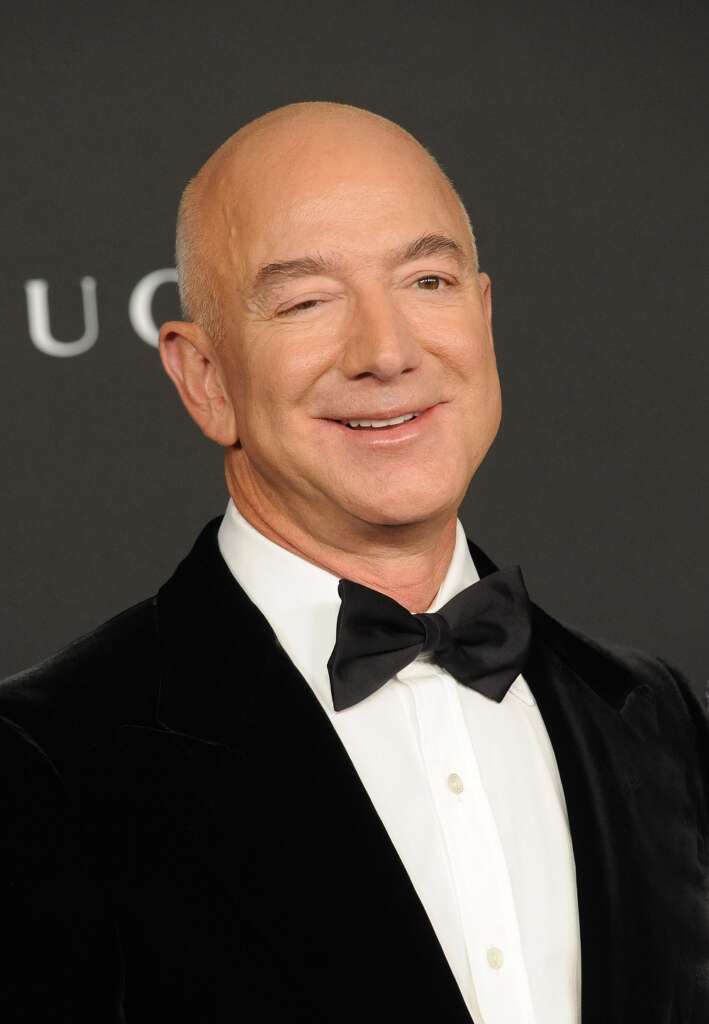 Blue Origin has a focus on space tourism services, rather than military or science applications. Bezos, who has a net worth of more than $200bn, believes that providing entertainment through space travel is the best way to further technology. Therefore, the goals of Blue Origin include lowering the cost of space travel and improving safety.

2. Elon Musk, founder of SpaceX
Musk is the world’s richest man with a wealth of $297bn and is the CEO of Tesla and the founder and CEO of SpaceX – arguably the most well-known private space company.

SpaceX was the first commercial company to deliver cargo to the ISS. They have also secured a contract with NASA to carry humans to the ISS. The company has already had great success with their Falcon 9 and Falcon Heavy rockets. The Falcon 9 first successfully re-entered the atmosphere and landed vertically in 2015 and SpaceX is now working on a new rocket capable of launching manned missions to Mars.

1. Sir Richard Branson, founder of Virgin Galactic
Branson’s Virgin Galactic, founded in 2004, is an extension of the Virgin brand into the space tourism industry. The goal of this venture is to fly private citizens into space and dominate the commercial space travel market.

Earlier this year Branson successfully reached the edge of space on board his Virgin Galactic rocket plane flying high above New Mexico in the US in the vehicle that his company has been developing for 17 years.

The trip also made him the first of the new space tourism pioneers to try out their own vehicles, and in doing so, beating Amazon’s Jeff Bezos and SpaceX’s Elon Musk to that milestone.

Brought to you by TechRound and originally taken from: https://techround.co.uk/tech/worlds-top-10-space-entrepreneurs/

CoasterStone Soaks Up the Benefits of Brightpearl’s Retail Operating Solution

Telco and Fintech Worlds Colliding: What That Means...

Rising to the challenge: how AI can help...

The importance of GDPR compliance in Next-gen video...

What does the future hold for Europe’s Smart...

July 30, 2021
Editorial & Advertiser disclosureEditorial & Advertiser disclosureOur website provides you with information, news, press releases, Opinion and advertorials on various financial products and services. This is not to be considered as financial advice and should be considered only for information purposes. We cannot guarantee the accuracy or applicability of any information provided with respect to your individual or personal circumstances. Please seek Professional advice from a qualified professional before making any financial decisions. We link to various third party websites, affiliate sales networks, and may link to our advertising partners websites. Though we are tied up with various advertising and affiliate networks, this does not affect our analysis or opinion. When you view or click on certain links available on our articles, our partners may compensate us for displaying the content to you, or make a purchase or fill a form. This will not incur any additional charges to you. To make things simpler for you to identity or distinguish sponsored articles or links, you may consider all articles or links hosted on our site as a partner endorsed link.