Home News TomTom shares fall as 2023 uncertainties outweigh Q3 beat
Our website publishes news, press releases, opinion and advertorials on various financial organizations, products and services which are commissioned from various Companies, Organizations, PR agencies, Bloggers etc. These commissioned articles are commercial in nature. This is not to be considered as financial advice and should be considered only for information purposes. It does not reflect the views or opinion of our website and is not to be considered an endorsement or a recommendation. We cannot guarantee the accuracy or applicability of any information provided with respect to your individual or personal circumstances. Please seek Professional advice from a qualified professional before making any financial decisions. We link to various third-party websites, affiliate sales networks, and to our advertising partners websites. When you view or click on certain links available on our articles, our partners may compensate us for displaying the content to you or make a purchase or fill a form. This will not incur any additional charges to you. To make things simpler for you to identity or distinguish advertised or sponsored articles or links, you may consider all articles or links hosted on our site as a commercial article placement. We will not be responsible for any loss you may suffer as a result of any omission or inaccuracy on the website.
News 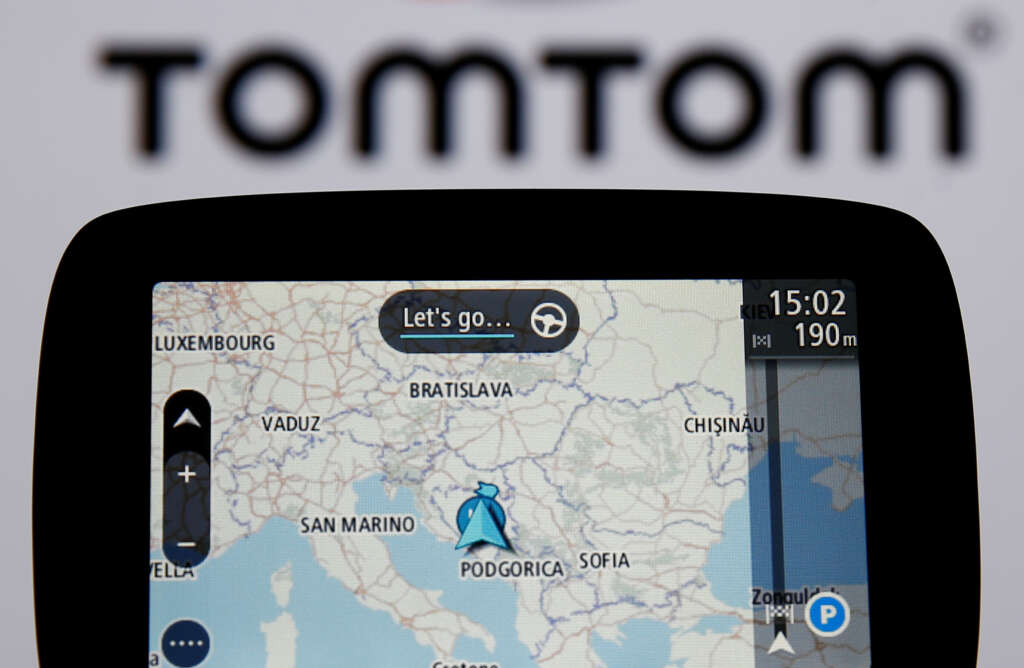 By Federica Mileo and Augustin Turpin

The Amsterdam-based group, whose customers range from major car companies to global tech firms, forecast free cash flow at break-even for next year, compared with a previous outlook for an inflow of at least 5% of revenues.

“High energy prices, high interest rates and inflation pressure give us quite a bit of uncertainty if we look at the mid term,” Chief Executive Officer Harold Goddijn told Reuters.

TomTom, which counts Volkswagen, Renault and Microsoft among its clients, has also been hit by the global chip shortage that has disrupted the automotive and electronics industries.

The group said the supply chain strains were easing but would continue to restrict production in the fourth quarter.

The increased car production and strong location technology sales drove the third-quarter revenue to 136.3 million euros ($132.6 million), above analysts’ 126-million-euro estimate and up 7% on the year.

“We don’t see disruption of the supply chain so much,” Goddijn said, pointing to “slightly higher” production numbers in the quarter.

“So I think the direct impact of the war (in Ukraine) is limited,” he said.

The company raised 2022 revenue outlook to 505-520 million euros, including 410-425 million from its core location technology business, against its previous guidance of 470-510 million in total revenue.

It expects free cash outflow of around 2% of the revenue this year, excluding the restructuring of its Maps unit.

(Reporting by Federica Mileo and Augustin Turpin in Gdansk; editing by Milla Nissi and Tomasz Janowski)