Home Digital Transforming government services: A digital revolution
Our website publishes news, press releases, opinion and advertorials on various financial organizations, products and services which are commissioned from various Companies, Organizations, PR agencies, Bloggers etc. These commissioned articles are commercial in nature. This is not to be considered as financial advice and should be considered only for information purposes. It does not reflect the views or opinion of our website and is not to be considered an endorsement or a recommendation. We cannot guarantee the accuracy or applicability of any information provided with respect to your individual or personal circumstances. Please seek Professional advice from a qualified professional before making any financial decisions. We link to various third-party websites, affiliate sales networks, and to our advertising partners websites. When you view or click on certain links available on our articles, our partners may compensate us for displaying the content to you or make a purchase or fill a form. This will not incur any additional charges to you. To make things simpler for you to identity or distinguish advertised or sponsored articles or links, you may consider all articles or links hosted on our site as a commercial article placement. We will not be responsible for any loss you may suffer as a result of any omission or inaccuracy on the website.
Digital 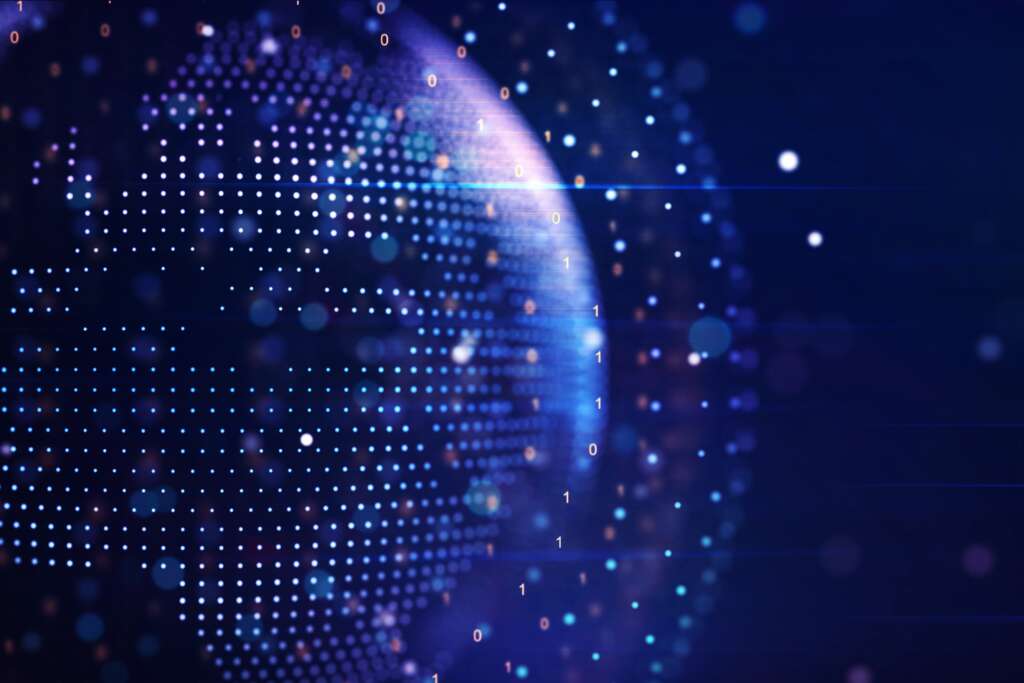 Digital transformation is a rapidly growing trend, with governments turning to digitalisation in areas such as healthcare, taxation and housing to improve key services offered to citizens. With cutting costs and increasing efficiency a priority amongst many nations, digitalisation can offer several proven benefits. This includes better coherence between teams and departments, as well as alleviatingpressure placed on IT when using cloud-based technologies.

Simultaneous to this, citizens are becoming increasingly digitised themselves. Therefore, offering services in a familiar format is an ideal way to improve user experiences and increase participation and interactivity.

Over the past 18 months, the pandemic has vastly accelerated the adoption of digital in the public sector, turning it from a sideshow into the main event.

With track and trace efforts being rolled out online, and in-person GP appointments minimised – 90 percent of consultations in the UKwere remote in April 2020 – the digitalisation of health services has become ‘the norm’ for citizens everywhere.

The digital Olympics – who gets the medal?

For a considerable time, it has been difficult for governments to properly implement digitalisation in key services. Even the most powerful economies do not always have the strongest digital record.

Last year’s United Nations E-Government Survey is possibly our most accurate bellwether of performance, measuring each nation by an E-Government Development Index (EGDI). The EGDIconsists of three indexes (Online Service Index, Telecommunication Index and Human Capital Index) that are equally weighted and cover a broad range of topics that are relevant for e-government. According to the UN, “the way forward is a new ‘digital normal’ in responding to global challenges and pursuing sustainable development”.

Surprisingly, the survey found a number of European heavyweights lagging behind relative to their economic and political influence. Germany for example, ranks a lowly 59th out of 193, despite being positioned firmly in the world’s top five biggest economies. The UK places highly (just outside of the top five globally), scoring particularly well in online services offerings.

However, the Scandinavian nations, particularly Finland and Denmark are seen by many as the leaders in digital government, both in Europe and worldwide. The Finnish government attributes this success partly to a long history of IT in public life, with the first computers being installed in the Social Security Institution and in Postbank in 1958. More important, however, is mutual trust between the government and its citizens. In their words, “In Finland, citizens and businesses trust government agencies to provide services in a reliable, impartial and timely manner. Government trusts citizens and businesses.”

Openness and collaboration is the key to innovation. The Finnish government is eager to learn from and work with other nations, arguing that the exchange of experiences and best practices is beneficial to the digitalisation of government and public services in its own country. Ultimately, each nation has its own agenda and approach. There is a lot they can learn from each other.

Globally, a multitude of nation-specific laws and digital government strategies exist that aim to reimagine the way public sector IT is executed.One great example of the collaborative approach mentioned earlier is Germany’s Online Access Act which aims to bring together the country’s 16 federal states and 11,000 local governments under one digital banner.

This means that all services offered at federal, state and local level are to be accessible online via their own portals,with these portals linked within a network. With a digital account, citizensare able to reach all federal, state and local services from this network in just three clicks.In order to enable this, uniform IT standards and interfaces are necessary across the board.

Another interesting development is the public sector taking cues from Silicon Valley in order to become more efficient, moving from a bureaucratic culture to a generative one. One pioneering example is Kessel Run, which aims to revolutionise the software acquisition process for the United States Air Force (USAF).

Eric Schmidt, former CEO of Google, once pointed out that “the Department of Defense (DoD)violates pretty much every rule in modern product development”. Kessel Run is a prime example of the DoD pivoting and looking to transform into a software company.Where previously it took an average of eight years to deliver software to its airmen, Kessel Run delivers a viable product into production within 120 days. One of these application deployments saved the USAF $428k a day in fuel, which was enabled by reengineering the procurement process with the help of VMware Tanzu.

Kessel Run shows the importance of small experiments driving innovation. Not everything can be designed and specified up front,so experimentation is key to explore, discover, learn, understand end-users and validate product hypotheses.

Furthermore, taking inspiration from the software industry can allow governments to transform their digital services in new ways. For example, there is strong momentum behind adoption and contribution to open source software and new collaborative models. Open source is becoming the new normal for governments, particularly during the pandemic where collaboration is so crucial.

The various apps and solutions that have emerged during the pandemic demonstrate that governments can quickly provide innovative digital solutions that solve real-world challenges. Starting small and moving fast in iterations is the key to maintain momentum and drive rapid, impactful results.

Evidently, digital is establishing itself as the default for government services worldwide. Adopting new ways of developing software has allowed public sector institutions to match the capabilities of celebrated fintech and start-up companies. The public sector is proving their capacity to be just as disruptive, evolving and transforming holistically to bring value and expand its services to citizens, something which has been vital during crises such as the pandemic.

Successfully building impactful software products, however, requires a shift in mindset and strategy when compared to building an infrastructure project. Government institutions must look to software companies for inspiration, moving from a bureaucratic structure to a generational culture in a way many legacy private sector companies have not been able to do.

Simultaneously, a community mindset, fundamental to the way good governments operate, must continue along the same path, providing citizens with personalised, on demand and intuitive digital services that make their lives simpler.