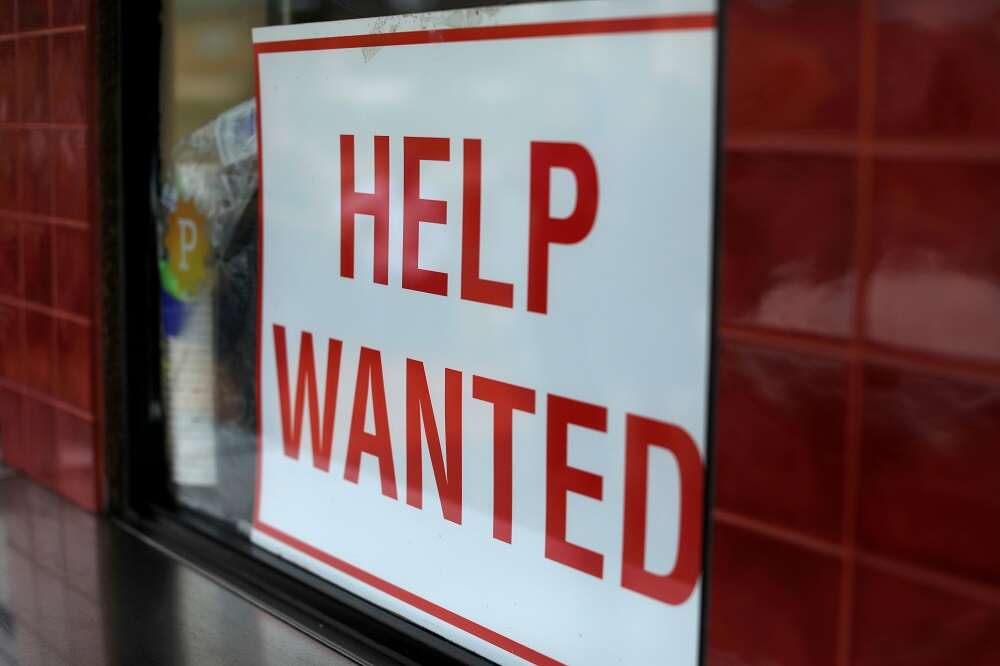 WASHINGTON (Reuters) – The number of Americans filing new claims for unemployment benefits declined further last week, while layoffs dropped to their lowest level in just more than 21 years in July as companies held on to their workers amid a labor shortage.

Initial claims for state unemployment benefits fell 14,000 to a seasonally adjusted 385,000 for the week ended July 31, the Labor Department said on Thursday. Economists polled by Reuters had forecast 384,000 applications for the latest week.

Claims largely moved sideways in July, with economists blaming California, which they said was stepping up efforts to clear its backlog of applications. That has helped to keep claims above their pre-pandemic level of 256,000, though they have dropped from a record 6.149 million in early April 2020.

Nearly half of the population has been fully vaccinated against COVID-19, allowing people to travel, frequent restaurants, visit casinos and attend sporting events among services-related activities that were curbed early in the pandemic. But COVID-19 infections are surging, driven by the Delta variant of the coronavirus.

While economists do not expect large-scale business shutdowns as what happened early in the pandemic, there are worries that rising cases could slow the labor market recovery amid a shortage of workers. There were a record 9.2 million job openings as of the end of May. About 9.5 million people are officially unemployed.

The economy fully recovered in the second quarter the sharp loss in output suffered during the very brief pandemic recession.

“The elephant in the room is the Delta variant,” said James McCann, deputy chief economist at Aberdeen Standard Investments in Boston. “It has not prompted major changes in public health restrictions yet but it could make some people nervous about going back to work, especially in those states in which vaccine hesitancy has held back progress.”

The claims data has no bearing on the department’s closely watched employment report for July, due for release on Friday, as it falls outside the survey period. According to a Reuters survey of economists, nonfarm payrolls likely increased by 880,000 jobs in July. The economy created 850,000 jobs in June.

July’s nonfarm payrolls estimate is highly uncertain, with labor market indicators mixed. In a separate report on Thursday, global outplacement firm Challenger, Gray & Christmas said job cuts announced by U.S.-based employers fell 7.5% to 18,942 in July, the lowest since in June 2000. So far this year, employers have announced 231,603 job cuts, down 87.5% compared to the same period last year. But the pace is slowing.

“In a healthy economy, there’s a good amount of churn. Right now, things appear to be stalling,” said Andrew Challenger, senior vice President at Challenger, Gray & Christmas. “The positions and workers are not connecting.”

That was, however, countered by two Institute for Supply Management surveys showing a rebound in manufacturing and services industries employment last month. The Conference Board’s labor market differential, derived from data on consumers’ views on whether jobs are plentiful or hard to get, in July hit its highest level since 2000.

Thomson Reuters lifts sales outlook on back of earnings beat