Home News UK retailer Currys warns on profit as Nordic chill sweeps in
Our website publishes news, press releases, opinion and advertorials on various financial organizations, products and services which are commissioned from various Companies, Organizations, PR agencies, Bloggers etc. These commissioned articles are commercial in nature. This is not to be considered as financial advice and should be considered only for information purposes. It does not reflect the views or opinion of our website and is not to be considered an endorsement or a recommendation. We cannot guarantee the accuracy or applicability of any information provided with respect to your individual or personal circumstances. Please seek Professional advice from a qualified professional before making any financial decisions. We link to various third-party websites, affiliate sales networks, and to our advertising partners websites. When you view or click on certain links available on our articles, our partners may compensate us for displaying the content to you or make a purchase or fill a form. This will not incur any additional charges to you. To make things simpler for you to identity or distinguish advertised or sponsored articles or links, you may consider all articles or links hosted on our site as a commercial article placement. We will not be responsible for any loss you may suffer as a result of any omission or inaccuracy on the website.
News 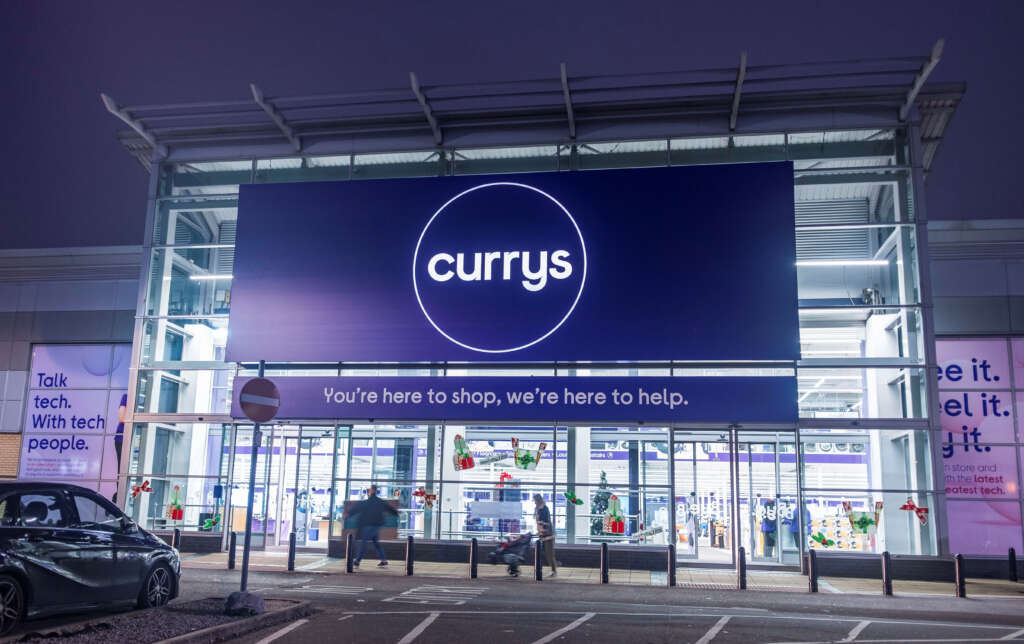 (Reuters) -British electricals retailer Currys cut its full-year profit forecast on Thursday after heavy discounting by rivals in the Nordics region drove it to a first-half loss, sending its shares as much as 10% lower.

The company, which makes most of its money in the second half of the year, said sales in the first six weeks of that period were similar to the first half – signalling a slow start to the key Christmas season.

Consumers across Europe are grappling with soaring prices of everything from fuel to food, and analysts fear retailers like Currys that sell big-ticket items such as TVs, mobile phones and washing machines could suffer as shoppers focus on the basics.

Currys, previously known as Dixons Carphone, said it now expected full-year profit to be between 100 million and 125 million pounds ($124-$155 million), down from a previous forecast of 130-150 million pounds.

“There are pockets of hope, particularly in the UK business, although the timing of a normalisation in the Nordic markets is difficult to predict,” said interactive investor analyst Richard Hunter.

The Nordics, led by Sweden and Norway, accounted for 42% of overall sales and saw a 95% plunge in adjusted operating profit, compared with a 25% rise in the UK and Ireland.

Chief Executive Officer Alex Baldock told journalists that some competitors in the Nordics were holding excess stocks and slashed prices to clear them.

The company booked a 511 million pound non-cash, goodwill impairment related to its creation from the merger of Dixons and Carphone Warehouse in 2014.