Home News UK unemployment hits lowest since 1974 but jobs boom is fading
Our website publishes news, press releases, opinion and advertorials on various financial organizations, products and services which are commissioned from various Companies, Organizations, PR agencies, Bloggers etc. These commissioned articles are commercial in nature. This is not to be considered as financial advice and should be considered only for information purposes. It does not reflect the views or opinion of our website and is not to be considered an endorsement or a recommendation. We cannot guarantee the accuracy or applicability of any information provided with respect to your individual or personal circumstances. Please seek Professional advice from a qualified professional before making any financial decisions. We link to various third-party websites, affiliate sales networks, and to our advertising partners websites. When you view or click on certain links available on our articles, our partners may compensate us for displaying the content to you or make a purchase or fill a form. This will not incur any additional charges to you. To make things simpler for you to identity or distinguish advertised or sponsored articles or links, you may consider all articles or links hosted on our site as a commercial article placement. We will not be responsible for any loss you may suffer as a result of any omission or inaccuracy on the website.
News

UK unemployment hits lowest since 1974 but jobs boom is fading 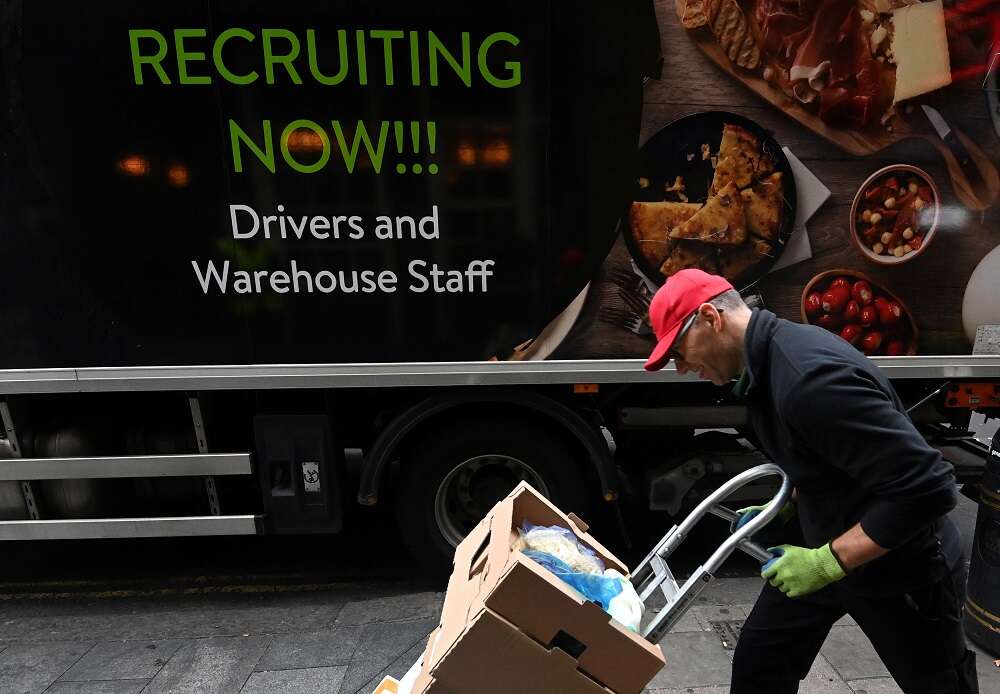 By William Schomberg and David Milliken

LONDON (Reuters) -Britain’s jobless rate hit its lowest since 1974 but the drop was due mostly to a fall in the size of the workforce and there were other signs that the country’s jobs boom is petering out, adding to the Bank of England’s inflation headache.

The unemployment rate sank to 3.6% in the three months to July, the Office for National Statistics said. Economists polled by Reuters had expected it to hold at 3.8%.

However, the fall was not a sign of health in Britain’s economy which is at risk of a recession.

The number of people in employment grew by 40,000, less than a third of the increase forecast in the Reuters poll.

The economic inactivity rate – measuring the share of the population who are not in work and not looking for work – increased by 0.4 percentage points on the quarter to 21.7%, its highest since the three months to January 2017.

The ONS said the rise was driven by more people classified as long-term sick and by fewer full-time students moving into employment than normal for the time of year.

At the same time, pay growth rose by more than expected, reflecting a shortage of candidates for jobs, although it still lagged far behind inflation that is expected to hit 10.2% in the 12 months to August when figures are published on Wednesday.

The BoE is worried that tightness in the labour market will add to the recent surge in price pressures.

The British central bank raised interest rates the most since 1995 last month. It is expected to increase them again on Sept. 22.

Sterling <GBP=D3> jumped against the U.S. dollar after Tuesday’s data and investors were pricing in an 83% chance of a three-quarters-of-a-percentage-point BoE rate hike next week, which would be its biggest since 1989, excluding an attempt to shore up the pound in 1992 which was quickly reversed.

There were other signs of price pressures in the labour market in the ONS figures published on Tuesday.

Britain’s labour market defied expectations of a surge in unemployment during the coronavirus crisis, helped by a 70 billion-pound ($82 billion) government jobs protection programme.

But there have been signs recently that the jobs boom is losing some of its momentum.

As well as the weaker-than-expected increase in employment, the number of job vacancies in the June-to-August period fell by the most in two years, down 34,000, although it remained historically high at 1.266 million.

“We would expect a more visible impact on the jobs market over the next few months, but the government’s newly announced pledge to cap corporate energy bills as well as householdsâ€™ should help avoid a sharp rise in unemployment this winter,” Smith said.

Fuel markets to stay tight till mid-2020s as refining shrinks