Home News What is known so far about the Nord Stream gas pipeline leaks
Our website publishes news, press releases, opinion and advertorials on various financial organizations, products and services which are commissioned from various Companies, Organizations, PR agencies, Bloggers etc. These commissioned articles are commercial in nature. This is not to be considered as financial advice and should be considered only for information purposes. It does not reflect the views or opinion of our website and is not to be considered an endorsement or a recommendation. We cannot guarantee the accuracy or applicability of any information provided with respect to your individual or personal circumstances. Please seek Professional advice from a qualified professional before making any financial decisions. We link to various third-party websites, affiliate sales networks, and to our advertising partners websites. When you view or click on certain links available on our articles, our partners may compensate us for displaying the content to you or make a purchase or fill a form. This will not incur any additional charges to you. To make things simpler for you to identity or distinguish advertised or sponsored articles or links, you may consider all articles or links hosted on our site as a commercial article placement. We will not be responsible for any loss you may suffer as a result of any omission or inaccuracy on the website.
News 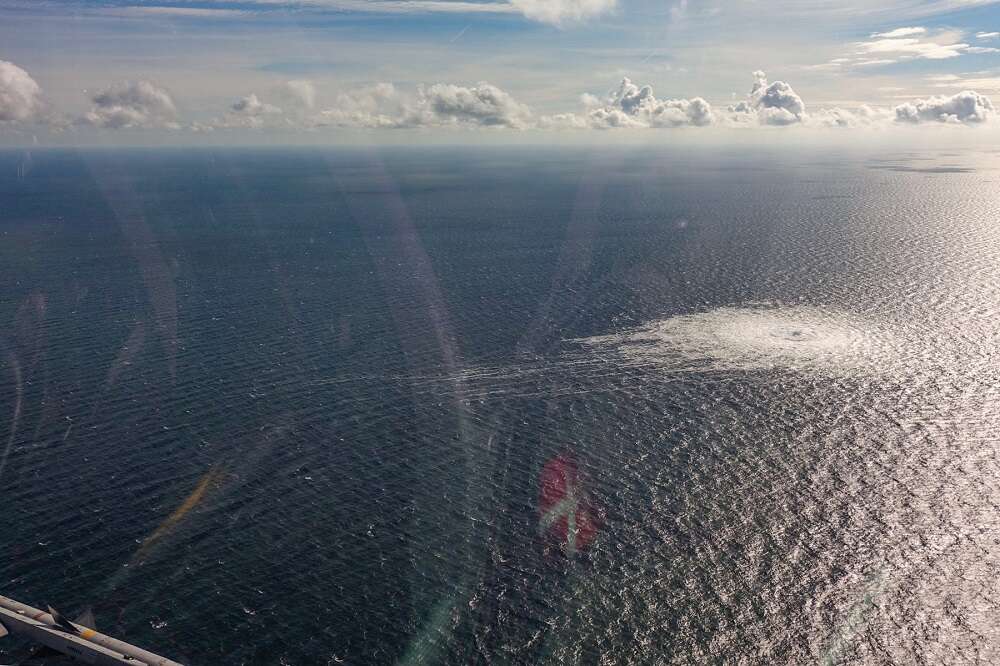 LONDON (Reuters) – Three unexplained gas leaks detected in the Nord Stream 1 and 2 pipelines from Russia to Germany have prompted the European Union and Russia to point at sabotage.

Here is a breakdown of what is known so far:

The operator of the Nord Stream 2 gas pipeline reported a sudden drop in pressure overnight on Monday, with a spokesperson suggesting there could have been a leak.

This was followed by a Danish Energy Authority statement that a leak had likely occurred in one of the two Nord Stream 2 pipelines lying in Danish waters.

A few hours later, Nord Stream AG, operator of another undersea gas pipeline from Russia to Germany, said it was looking into a drop in pressure in Nord Stream 1.

Sweden’s Maritime Authority said on Tuesday it had warned of two leaks on Nord Stream 1 in Swedish and Danish waters.

Each line of the pipeline consists of about 100,000 24-tonne concrete-weight coated steel pipes laid on the seabed. The pipelines have a constant internal diameter of 1.153 metres, according to Nord Stream.

WHERE ARE THE LEAKS?

Two leaks were detected on the Nord Stream 1 pipeline, which stopped delivering gas to Europe last month, both in an area northeast of the Danish island of Bornholm.

A leak was also detected on the Nord Stream 2 pipeline, which has yet to enter commercial operations, in the same area.

Danish authorities have asked ships to stay clear by a five nautical mile radius off Bornholm. The plan to use Nord Stream 2 to supply gas was scrapped by Germany days before Russia sent troops into Ukraine in February.

WHAT CAUSED THE LEAKS?

It is not yet clear. Analysts and experts say such leaks are very rare and Nord Stream AG has called leaks on three strings of the offshore gas pipelines “unprecedented”.

However, the European Union believes sabotage probably caused the leaks, Josep Borrell was reported as saying by German broadcaster ntv, echoing views aired by Germany, Denmark and Sweden. The EU has not named a potential perpetrator or suggested a reason behind it.

On Wednesday Moscow said claims that Russia was somehow behind a possible attack on the pipelines were stupid, adding that Moscow saw a sharp increase the profits of U.S. companies supplying gas to Europe.

A day earlier the Kremlin had said it did not rule out sabotage as a reason behind the damage and it was an issue affecting the energy security of the “entire continent”.

Seismologists in Denmark and Sweden said they had registered two powerful blasts on Monday in the vicinity of the leaks and the explosions were in the water, not under the seabed.

Armed forces, coast guards, maritime authories, energy agencies and police from counties such as Sweden, Germany and Denmark are all carrying out investigations.

Sweden’s Prosecution Authority said it will review material from a police investigation into the damage to the pipelines and decide on further action.

Denmark’s defence minister has had a meeting with NATO General Secretary Jens Stoltenberg in Brussels, adding it might take a week or perhaps two before the areas around the damaged pipelines were calm enough to be investigated.

Denmark’s armed forces said the largest gas leak had caused a surface disturbance of well over 1 kilometre (0.6 mile) in diameter, while agencies issued warnings to shipping to avoid the area.

Although neither pipeline was in operation, they both contained natural gas – which is largely composed of methane, a potent greenhouse gas that is the second biggest cause of climate change after CO2.

This has raised fears that the disruption could cause a climate calamity – although to what extent is still unclear.

Norway has said it will strengthen security at its oil and gas installations in the wake of the leaks and reports of drone activities in the North Sea and Danish authorities asked that the level of preparedness in its power and gas sector be raised.

Bank of England statement on purchase of long-dated bonds