Why 2022 will be the year of the digital start-up 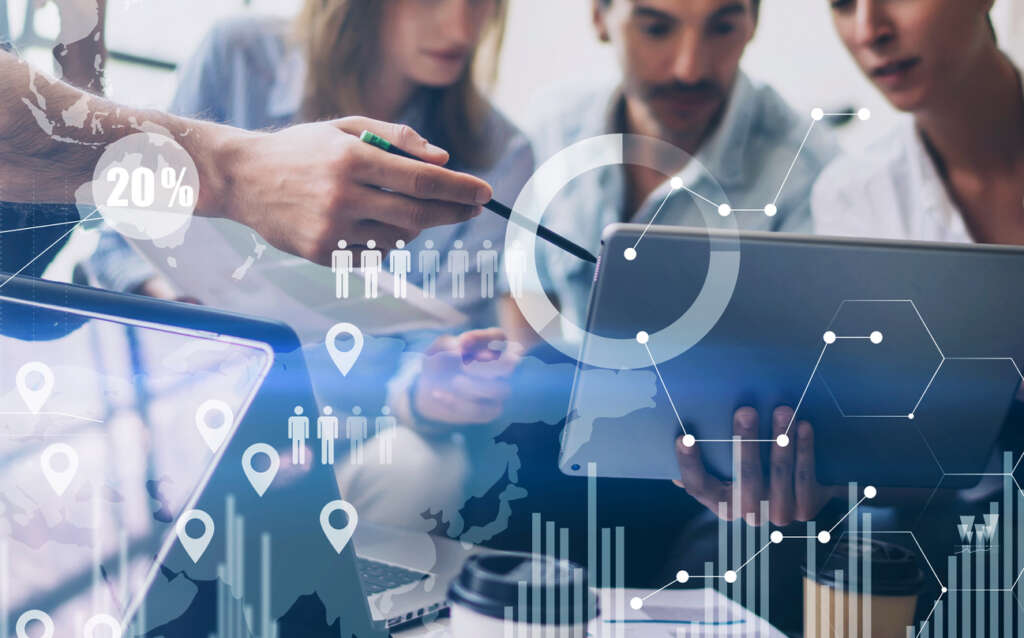 By Craig Johnson, CEO at Ultimedia

The UK is on course for 800,000 new businesses to be registered in 2022 alone – the most ever recorded in a single year. If at first it seems counterintuitive that amidst all the economic turbulence of the past two years, we’d be experiencing a start-up boom, then perhaps it’s time to reconsider.

Now valued at £1 trillion, British digital start-ups are on the rise, not just in spite of the current conditions but because of them. Indeed, at the pandemic’s peak back in 2020, a new tech business was launched every 30 minutes in the UK, amounting to more than 20,000 in total.

It seems that a new entrepreneurial spirit was born from the legacies of the Covid-19 crisis, whether out of inspiration, necessity, or the most likely case, a little bit of both. For 2022, we predict that this cocktail of circumstances – changing business models, rising inflation rates and a disrupted labour market – will continue to drive a year of unprecedented innovation amongst the digital industries.

A boom in early entrepreneurs

It’s often said that young people were amongst those worst affected by the pandemic. At the height of the crisis, options for new entrants to the labour market were severely limited. New apprenticeship were cut by 52% throughout March and June 2020, down 38,110 compared to the same period pre-pandemic and have yet to return to these levels. Similarly, other opportunities such as graduate schemes and work placements dried up, or in many cases were altogether cut, with employers listed in The Times’ Top 100 Graduate Employers cutting their graduate recruitment rates by 15%.

Unfortunately, the picture didn’t fare much better for those already in employment, with young people frequently working in sectors such as retail and hospitality which faced some of the biggest job losses in the  country. As a result, many young people have been forced to take professional opportunities into their own hands. Indeed, there is now a surplus of pent-up talent and creativity waiting in the wings for the opportunity to innovate on digital products and services, having witnessed their accelerated adoption first hand.

The good news is, we’re currently in a unique period where anyone has access to the tools they need to start a business which can be highly empowering for the forgotten digital generation. With a laptop and a broadband connection, it’s entirely possible to teach yourself the essentials of web design, development, digital marketing, gaining experience and case studies along the way.

Armed with a plethora of unique ideas, this is the generation for whom once-revolutionary business models such as Uber or Spotify are now mainstream, and with the advent of the internet, have a wealth of self-learning materials to hand. In fact, 44% of 16 to 25-year-olds say that starting their own business has become more attractive since the pandemic, according to research commissioned by the Prince’s Trust. As of March this year, when the Government’s kick-start scheme – which provided funding to employers to create jobs for those between 16 and 24 on Universal Credit –ended, this looks set to be an even more enticing option.

As we enter the next stage of the pandemic, organisations are returning en masse to a more structured workplace, or at the least to a hybrid model. Interestingly, however, surveys have revealed that with this transition, employees are mourning the loss of freedom associated with working from home; as many as 90% of employees say they want to maintain flexibility in how and where the work, whilst 35% of employers want a return to the office full-time.

These figures very clearly illustrate the disconnect between workers and their companies, and with recent reports of record numbers of employees saying they would quit their jobs if remote working were discontinued, it seems we’re on the brink of a showdown between employers and employees.

Given that self-employed work offered many of the benefits touted by remote working – pre-existing the pandemic – it’s entirely possible that more and more people will explore this avenue as a means of avoiding a permanent return to the office. This is particularly true, considering that back in 2018, 87% of the UK self-employed worked remotely during 2018, and 97% of that was done from home.

And with the success of entrepreneurial endeavours throughout the pandemic evident at almost every turn – digital businesses from the pop-up kitchens for food delivery services such as Deliveroo and Just Eat to the myriad of e-commerce businesses starting up – setting up their own business could well be the next step for disgruntled office workers, inspired and validated by the success stories of the past two years.

Rising costs and the side hustle economy

Earlier this year, inflation hit a record high of 6.2%, rising at its fastest rate in 30 years. In today’s highly volatile world where consumer prices for food, energy and fuel and are constantly on the increase, every pound’s worth is being realised.

As of April 2021, the UK’s side hustle economy is worth a reported £346 billion. Faced with the threat of furlough or worse, an increasing number of people around the country took on so-called side hustles last year, leveraging their skills to open additional streams of income and soften the economic blow of the pandemic. According to one survey, as many as 46% of UK residents reported making a second income via these initiatives.

As costs continue to rise but so too does access to free self-learning materials, we predict these figures will increase exponentially for 2022 – and this year will be the year of the digital start-up, out of necessity if nothing else.