Home Innovation Work for Humankind: World of Possibilities Opens Up for Remote Island with Lenovo Technology
Our website publishes news, press releases, opinion and advertorials on various financial organizations, products and services which are commissioned from various Companies, Organizations, PR agencies, Bloggers etc. These commissioned articles are commercial in nature. This is not to be considered as financial advice and should be considered only for information purposes. It does not reflect the views or opinion of our website and is not to be considered an endorsement or a recommendation. We cannot guarantee the accuracy or applicability of any information provided with respect to your individual or personal circumstances. Please seek Professional advice from a qualified professional before making any financial decisions. We link to various third-party websites, affiliate sales networks, and to our advertising partners websites. When you view or click on certain links available on our articles, our partners may compensate us for displaying the content to you or make a purchase or fill a form. This will not incur any additional charges to you. To make things simpler for you to identity or distinguish advertised or sponsored articles or links, you may consider all articles or links hosted on our site as a commercial article placement. We will not be responsible for any loss you may suffer as a result of any omission or inaccuracy on the website.
Innovation

Work for Humankind: World of Possibilities Opens Up for Remote Island with Lenovo Technology 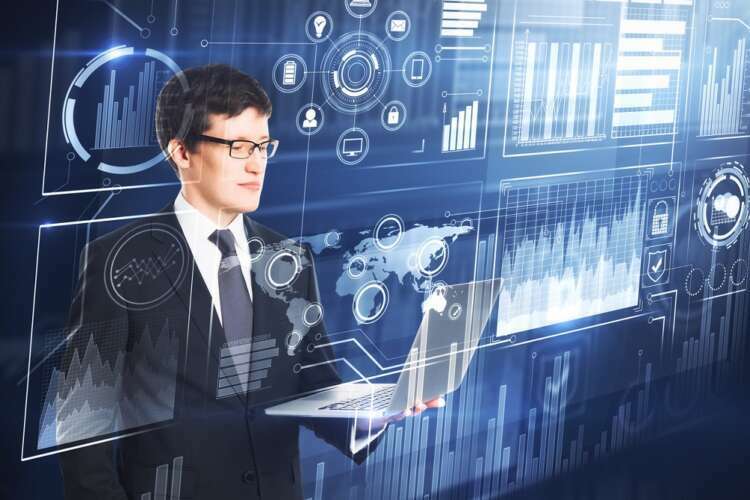 June 27, 2022 – As part of its landmark partnership with Island Conservation and the Robinson Crusoe Island community, Lenovo reveals the next stage of its Work for Humankind project: critical pieces of smarter technology installed throughout the island will become permanent fixtures to leave a lasting legacy and stronger connectivity on an island that’s home to one of the world’s most diverse ecosystems.

Bridging the digital divide, a previously isolated island of 900 people will now remain connected to the world through Lenovo technology to open new possibilities for tourism, trade, employment, and education, increasing its environmental and economic resilience. For the first time ever, this remote island community has self-determined, equitable access to the internet. This is their most important advancement regarding connectivity in more than 20 years.

Earlier this year, Work for Humankind sent 16 volunteers with a variety of skills to make a long-lasting difference while working their own jobs remotely from Robinson Crusoe Island. During their time on the island, volunteers donated their professional skills spanning design, technology, sustainability, and biodiversity to support vital conservation efforts with the NGO, Island Conservation. Now, a study of their work shows that their efforts helped support improvements for the future of the island’s people, flora, and fauna through the power of technology and connectivity.

The Work for Humankind initiative set out to bring high-speed connectivity solutions to a remote community and help advance its education, healthcare, and ability to protect the island’s precious ecosystem. Since then, approximately 30% of the island’s entire population has taken advantage of Lenovo’s technology hub, which has made an even greater impact than anticipated and opened up new career possibilities along with positive trade, tourism and IT learning opportunities for the Robinson Crusoe Island community.

All of the workspace technology will remain on the island for community use. The island will also continue to enjoy high-speed connectivity with internet speeds up to 200 Mbps–upgraded from 1 MB previously—a change that makes the difference between simply being able to browse the web to easily being able to connect and collaborate remotely via video conferences. Along with the Lenovo AI server and boosted connectivity, the island’s conservation projects can now benefit from valuable time-saving efficiencies which include speeding up camera processing data by 100%.

The conservation results from Work for Humankind have helped Island Conservation and local conservationists achieve years’ worth of work in only weeks, following the professional volunteers’ progress made during their 8 weeks on the island. Work for Humankind’s legacy includes increased endangered species protection, such as the Pink Footed Sheerwater, along with six critically endangered species, and 11 vulnerable tree species in the Juan Fernandez Archipelago.

Before Lenovo’s Work for Humankind project, Island Conservation’s staff would retrieve data by hand from 70 cameras across the island, hiking tens of kilometres over steep terrain, place the data on a hard drive and send it off the island on the bi-monthly plane for processing and manual classification on mainland Chile – leading to delays of three to four months in total.

Work for Humankind’s boosted internet and new AI edge server capabilities have significantly sped up the data processing time and effectively analysed detection events from cameras within days, instead of months.

Edge site locations are often unmanned and hard to reach. The use of Lenovo’s ThinkEdge SE450 Edge Server enables conservationists to now remotely access and process 4.8 images per second – approximately 415,000 photos per day – more than twice the speed of the previous setup. Leveraging the server’s AI and processing capabilities, Work for Humankind can now analyse and transfer only the most relevant images via satellite for further classification and evaluation by their mainland-based team.

Over the coming months, a local community-led team will use the combination of technology and quantitative modelling set out by Work for Humankind to deliver data-driven conservation outcomes.

Beyond these immediate efficiencies, Lenovo is committed to leaving a lasting legacy on the island. The Lenovo tech hub will migrate to the local library to provide residents with access to new educational and digital tools. Lenovo is also donating US$100,000 for its tech hub maintenance, ongoing project support, and continual internet access for vital services to improve healthcare and education. Lenovo has already donated more than 100 tech devices to the community and conservation team.

David Will, Head of Innovation at Island Conservation, comments: “Thanks to the collaboration and technology provided by Lenovo, we are now able to implement consistent data collection, develop manageable machine learning workflows turning camera photos into data, and provide real-time access to the data. We have now effectively overcome the barriers we previously faced without sufficient internet connectivity and completely transformed the way our team works as we are now able to significantly reduce precious time to help us achieve our goals.”

“Within months of first connecting this remote island community to advanced technology, and a group of passionate individuals, we have already seen technology’s significant impact on Robinson Crusoe Island — speeding up their precious conservation work by 100%. This is the power of smarter technology for all,” said Emily Ketchen, Vice President and CMO of Intelligent Devices Group, Lenovo. “Our work is not over though, as Lenovo is committed to ensuring our impact is positively felt for years to come.”

Pablo Manríquez Angulo, Mayor of Robinson Crusoe, adds: “Work for Humankind did exactly what it set out to do. For the first time ever, a group of talented, driven volunteers around the world came together to use technology and their range of skills to truly leave a lasting impact on the island.

From experts in social media, a vet, sustainability professionals to digital nomads, all volunteers added a different layer to the initiative and along with the community, the experience was enriching and a real once-in-a-lifetime opportunity.

The volunteers from Work for Humankind have laid down the foundations now to really help a remote island community make a positive difference, and now through the Lenovo legacy, it’s over to our community to continue making significant headway, armed with new skills and their passion enlightened.”

About Work for Humankind Research Report

This new global research study surveyed more than 15,000 people in eight languages across 10 global markets: Brazil, China, France, Germany, India, Italy, Japan, Mexico, the UK, and the US. The research builds on Lenovo’s journey toward understanding the powerful connection between technology and humanity, which began with the “This is Life” project, “New Realities” and the “Kind City” project. They uncovered that people believe smarter technology can make us feel more empowered, empathetic, and giving, while allowing humankind to continue to grow personally and professionally.

About Robinson Crusoe Island
Robinson Crusoe Island or Isla Robinson Crusoe, formerly known as Más a Tierra (meaning ‘Closer to Land’) is the second largest of the Juan Fernández Islands archipelago. It is located to the west of San Antonio, Chile, in the South Pacific Ocean. It is one of the more populous of the archipelago’s inhabited islands, with the majority living in the town of San Juan Bautista at Cumberland Bay on the Island’s north coast. The Chilean government renamed the location as Robinson Crusoe Island in 1966, in reference to its literary legacy – acting as the inspiration behind novelist Daniel Defoe’s fictional Robinson Crusoe

About the Juan Fernandez Community
Roughly 900 people live in San Juan Bautista, Robinson Crusoe Island a rural community in one of the most remote locations in Latin America. The local economy relies heavily on a sustainably managed artisanal fishery of a lobster that occurs nowhere else in the world. The community has led efforts to protect its natural heritage with support of local institutions by establishing a National Park in 1995, a UNESCO Biosphere Reserve in 1977, and the Juan Fernandez Sea Marine Park which covers 286,000 km2 of protected area. Local tourism includes the many natural beauties of the island, its culture, diving, horseback riding, bird watching, fishing and of course the stories and places of the famous novel ‘Robinson Crusoe’ by Daniel Defoe.

About Island Conservation
Island Conservation is a global, not-for-profit conservation organization that prevents extinctions and restores islands. We work where the concentration of both biodiversity and species extinction is the greatest – islands. Removing a primary threat – introduced invasive vertebrates – is one of the most critical interventions for saving threatened plants and animals. Native island species and ecosystems often recover with little additional intervention, and when animals have gone locally extinct, we reintroduce them. Island Conservation assists land managers and local communities to implement their visions. To date, we have successfully restored 65 islands worldwide, benefiting 1,218 populations of 504 species and subspecies. Learn more at https://www.islandconservation.org/