Home News Bitcoin-sterling volumes spike to record high as British currency flounders
Our website publishes news, press releases, opinion and advertorials on various financial organizations, products and services which are commissioned from various Companies, Organizations, PR agencies, Bloggers etc. These commissioned articles are commercial in nature. This is not to be considered as financial advice and should be considered only for information purposes. It does not reflect the views or opinion of our website and is not to be considered an endorsement or a recommendation. We cannot guarantee the accuracy or applicability of any information provided with respect to your individual or personal circumstances. Please seek Professional advice from a qualified professional before making any financial decisions. We link to various third-party websites, affiliate sales networks, and to our advertising partners websites. When you view or click on certain links available on our articles, our partners may compensate us for displaying the content to you or make a purchase or fill a form. This will not incur any additional charges to you. To make things simpler for you to identity or distinguish advertised or sponsored articles or links, you may consider all articles or links hosted on our site as a commercial article placement. We will not be responsible for any loss you may suffer as a result of any omission or inaccuracy on the website.
News 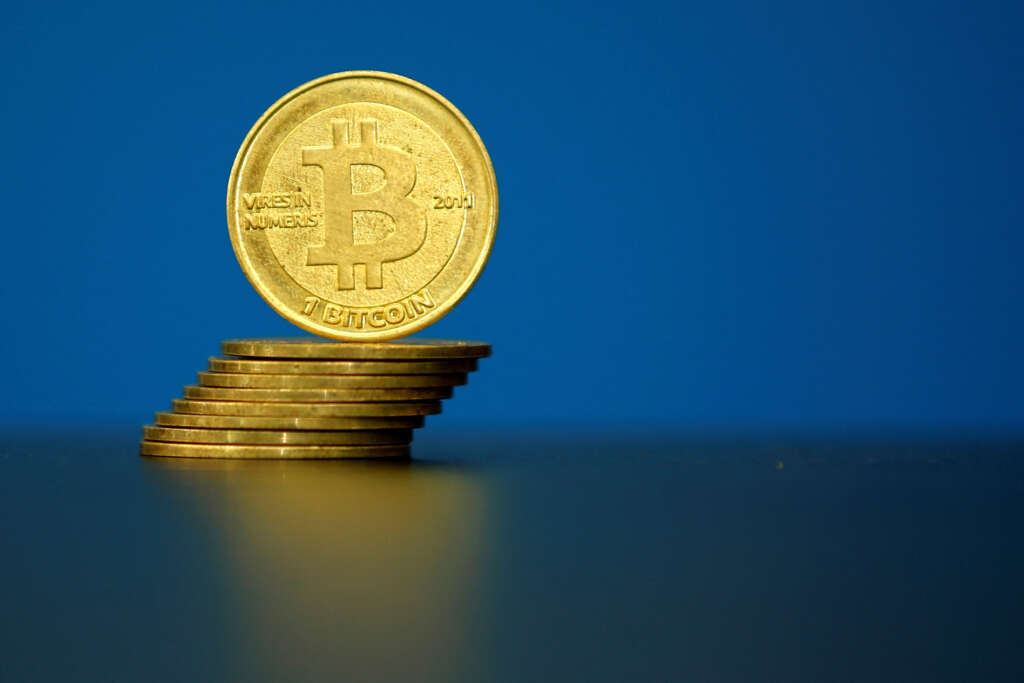 LONDON (Reuters) – Trading volumes between the British pound and the cryptocurrency bitcoin spiked to a record high after sterling dropped on Monday, according to market data firm Kaiko Research, in what analysts said was likely a rush by investors to dump their sterling for the digital asset or profit from arbitrage.

The pound fell to a record low against the dollar on Monday, having plunged the previous Friday after the UK government announced unfunded tax cuts.

The volume of transactions in the bitcoin-sterling trading pair across eight major exchanges globally spiked to a record high of 846 million pounds ($920 million) on Monday, according to Kaiko Research, compared with an average of around 54.1 million pounds a day so far in 2022.

The surge was likely due to traders swapping sterling for bitcoin, said James Butterfill, head of research at crypto firm CoinShares.

“There is a high correlation to bitcoin volume growth and political/monetary instability,” he said.

Butterfill said spikes have previously occurred in other currencies’ crypto trading volumes, such as the Russian ruble and Ukrainian hryvnia, but that he had never seen such big moves in the bitcoin-sterling pair’s volume.

Conor Ryder, research analyst at Kaiko, said the data suggests cryptocurrency markets reacted to the volatility in fiat currencies. When sterling crashed on Sept. 26, “opportunistic investors rushed to crypto exchanges offering BTC-GBP to try and profit via arbitrage from any mispricing of bitcoin across the major fiat currencies,” he said in emailed comments.

Crypto exchange Bitfinex said it saw a “significant spike” in volume and trading activity for the bitcoin-sterling pair on Monday, which Bitfinex analysts said “underlined the potential of the biggest cryptocurrency to benefit from an apparent fragility in fiat currencies.”

To be sure, cryptocurrencies are highly volatile and the price of bitcoin has fallen sharply so far in 2022 as rising interest rates prompted investors to ditch riskier assets.

Versus the dollar, bitcoin is down around 58% so far this year, while the British pound is down 20%.