Home News Euro zone business activity contracted again in Aug, outlook bleak
Our website publishes news, press releases, opinion and advertorials on various financial organizations, products and services which are commissioned from various Companies, Organizations, PR agencies, Bloggers etc. These commissioned articles are commercial in nature. This is not to be considered as financial advice and should be considered only for information purposes. It does not reflect the views or opinion of our website and is not to be considered an endorsement or a recommendation. We cannot guarantee the accuracy or applicability of any information provided with respect to your individual or personal circumstances. Please seek Professional advice from a qualified professional before making any financial decisions. We link to various third-party websites, affiliate sales networks, and to our advertising partners websites. When you view or click on certain links available on our articles, our partners may compensate us for displaying the content to you or make a purchase or fill a form. This will not incur any additional charges to you. To make things simpler for you to identity or distinguish advertised or sponsored articles or links, you may consider all articles or links hosted on our site as a commercial article placement. We will not be responsible for any loss you may suffer as a result of any omission or inaccuracy on the website.
News 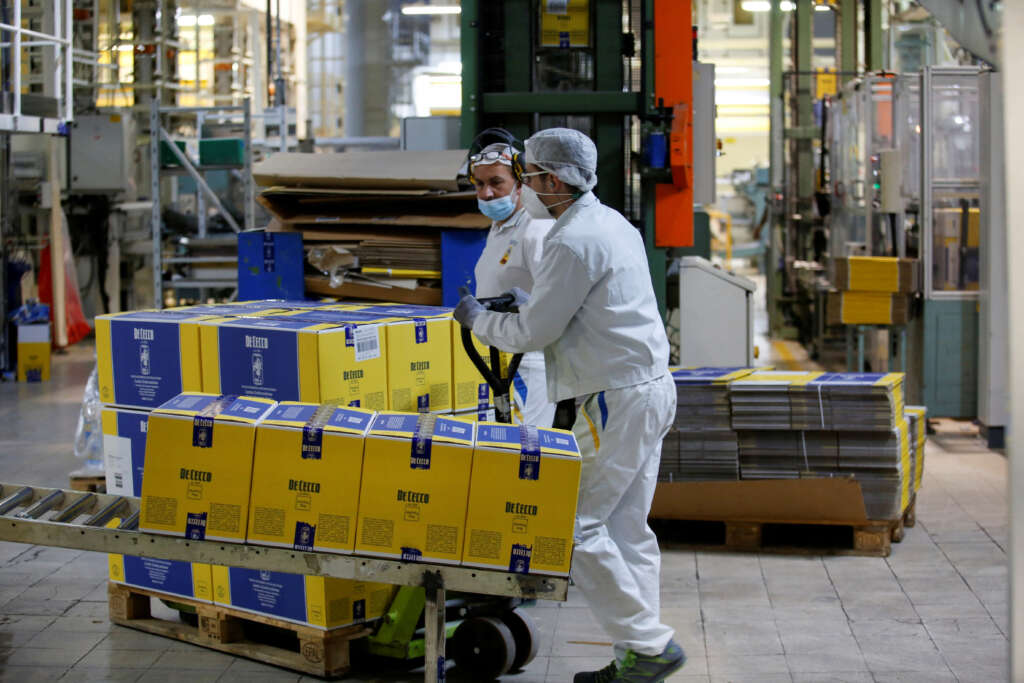 LONDON (Reuters) -Business activity across the euro zone contracted for a second straight month in August as the cost of living crisis forced consumers to curtail spending while supply constraints continued to hurt manufacturers, a survey showed on Tuesday.

The global economy is increasingly at risk from sliding into recession as Russia’s invasion of Ukraine and China’s strict COVID-19 lockdowns have further damaged supply lines not yet recovered from the pandemic.

Meanwhile, consumers are facing the highest inflation in a generation which is forcing central banks to tighten monetary policy aggressively just as the economies need support.

S&P Global’s flash euro zone Composite Purchasing Managers’ Index (PMI), seen as a good guide to overall economic health, fell to 49.2 in August from 49.9 in July, just above the median forecast in a Reuters poll for a bigger drop to 49.0.

A reading below 50 indicates a contraction and August’s preliminary estimate was the lowest since February 2021.

“The continued decline in the PMIs in August suggests that a recession in the winter half-year is increasingly likely,” said Christoph Weil at Commerzbank.

“Russia is supplying only a limited amount of gas, high inflation is tearing deep holes in the coffers of private households, companies are facing massive uncertainties – the economic outlook for the economy in the euro zone is bleak.”

France’s economy contracted for the first time in a year and a half, its PMI showed, as weaker demand and inflationary pressures also hit businesses there.

“Problems are mounting for the French and German economies. Demand has fallen due to the toxic combination of rampant inflation, rising interest rates and energy security worries,” said Susannah Streeter at Hargreaves Lansdown.

In Britain, outside the European Union, private sector growth slowed to a crawl as factory output fell and the larger services sector eked out only a modest expansion, indicating a recession was coming.

Suggesting there was little hope of an imminent turnaround in the euro zone, overall demand in the bloc fell for a second month. The new business index came in at 47.7, just ahead of July’s 47.6.

A PMI covering the bloc’s dominant services industry fell to 50.2 from 51.2, barely above breakeven and below the 50.5 predicted in the Reuters poll.

Although services firms increased their charges at a slower rate this month the output prices index remained well above the long-term average. The input prices index also dipped.

“But they are still very high, and with European gas prices surging and measures of domestic price pressures strong, we expect inflation to remain very high,” said Jack Allen-Reynolds at Capital Economics.

“All things considered, the PMI surveys are consistent with our view the European Central Bank will have to press ahead with monetary tightening even as the economy falls into recession.”

The ECB raised interest rates by more than expected last month and a Reuters poll forecasts it would continue on its tightening path. [ECILT/EU]

Manufacturing activity in the bloc fell again this month. The factory PMI dipped to 49.7 from 49.8, its lowest since June 2020, while an index measuring output that feeds into the composite PMI was 46.5 compared to July’s 46.3.

The Reuters poll median forecast was for the headline number to be 49.0.

That downturn in activity came despite factories completing old orders and building a surplus of completed products at the fastest rate since the survey began in mid-1997 as they struggled to sell in a falling demand environment.