Home News European bourses flat as defensive stocks offset growth fears
Our website publishes news, press releases, opinion and advertorials on various financial organizations, products and services which are commissioned from various Companies, Organizations, PR agencies, Bloggers etc. These commissioned articles are commercial in nature. This is not to be considered as financial advice and should be considered only for information purposes. It does not reflect the views or opinion of our website and is not to be considered an endorsement or a recommendation. We cannot guarantee the accuracy or applicability of any information provided with respect to your individual or personal circumstances. Please seek Professional advice from a qualified professional before making any financial decisions. We link to various third-party websites, affiliate sales networks, and to our advertising partners websites. When you view or click on certain links available on our articles, our partners may compensate us for displaying the content to you or make a purchase or fill a form. This will not incur any additional charges to you. To make things simpler for you to identity or distinguish advertised or sponsored articles or links, you may consider all articles or links hosted on our site as a commercial article placement. We will not be responsible for any loss you may suffer as a result of any omission or inaccuracy on the website.
News 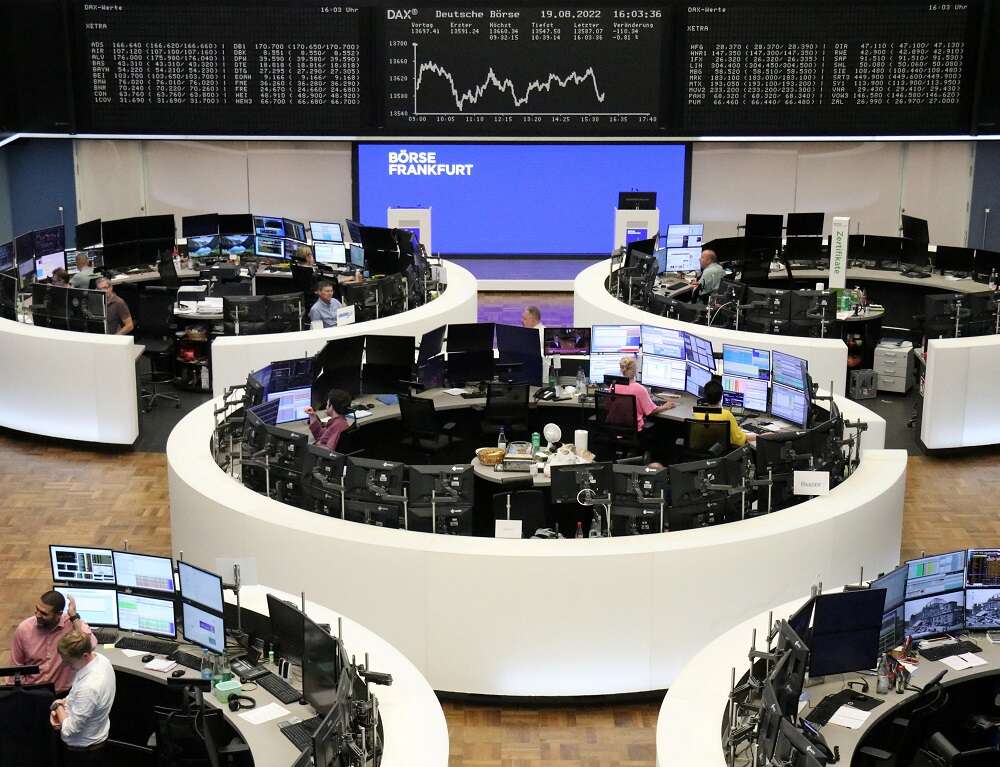 (Reuters) -European shares were little changed on Wednesday, as a rise in defensive stocks countered worries over a looming energy crisis and gloomy growth outlook, while hawkish comments from some U.S. Federal Reserve officials also kept sentiment in check.

The pan-European STOXX 600 was flat in choppy early trade, hovering near one-month lows and weakened by a 1.2% loss in miners.

Additionally, European benchmark gas prices have tripled in a little over two months as a winter of unreliable energy supplies from Russia looms. [MKTS/GLOB]

“There was a strong global equity rally earlier led by the U.S. that dragged up Europe with it, but the European outlook is still very difficult,” said Graham Secker, Morgan Stanley’s chief European equity strategist.

“As we go into Jackson Hole, the market is beginning to reassess that rally, thinking the Fed is still going to stay hawkish, so we’re seeing some profit taking.”

Investors were cautious ahead of the symposium after Minneapolis Federal Reserve Bank President Neel Kashkari on Tuesday reiterated the Fed’s focus on controlling inflation ahead of all else.

Market focus was also on minutes from the European Central Bank’s last policy meeting due on Thursday that are likely to sound hawkish.

Among stocks, Richemont rose 2.4% after the company said Farfetch would acquire a 47.5% stake in the luxury goods group’s loss-making online fashion retailer YOOX Net-A-Porter and that Alabbar would take 3.2%.

Bavarian Nordic added 2.5% after the Danish biotech firm said it was making “every effort” to meet the high demand for its monkeypox vaccine around the world as it retained its business outlook for the year.

(Reporting by Anisha Sircar in Bengaluru; Editing by Sherry Jacob-Phillips and Anil D’Silva)