Home News How China became big business for Twitter, from blocking to blue checks
Our website publishes news, press releases, opinion and advertorials on various financial organizations, products and services which are commissioned from various Companies, Organizations, PR agencies, Bloggers etc. These commissioned articles are commercial in nature. This is not to be considered as financial advice and should be considered only for information purposes. It does not reflect the views or opinion of our website and is not to be considered an endorsement or a recommendation. We cannot guarantee the accuracy or applicability of any information provided with respect to your individual or personal circumstances. Please seek Professional advice from a qualified professional before making any financial decisions. We link to various third-party websites, affiliate sales networks, and to our advertising partners websites. When you view or click on certain links available on our articles, our partners may compensate us for displaying the content to you or make a purchase or fill a form. This will not incur any additional charges to you. To make things simpler for you to identity or distinguish advertised or sponsored articles or links, you may consider all articles or links hosted on our site as a commercial article placement. We will not be responsible for any loss you may suffer as a result of any omission or inaccuracy on the website.
News

How China became big business for Twitter, from blocking to blue checks 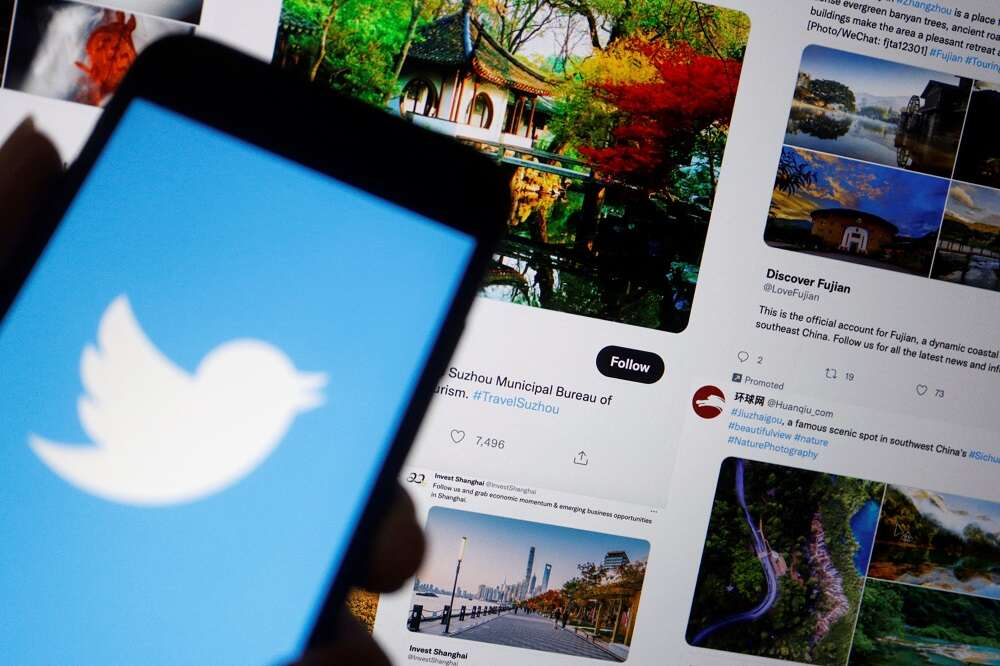 SINGAPORE/BEIJING (Reuters) -Even as China bars 1.4 billion citizens from Twitter, its local authorities are splurging on global advertising on the site, helping make the country the platform’s fastest-growing overseas ad market and one of its largest non-U.S. revenue sources.

A Reuters review of publicly available government tenders, budget documents and promoted tweets from 2020 to 2022 shows local government authorities and Chinese Communist Party propaganda offices for cities, provinces and even districts across the country have flocked to Twitter to buy ads.

The promotions, often outsourced by local governments to state media, pitched local attractions, as well as cultural and economic achievements, to an international audience, and were permitted under an exemption to Twitter’s ban on state-media advertising.

The review shows for the first time just how important China has become for Twitter, under pressure from investors to meet growth targets as its U.S. business stalls. It comes with the company embroiled in a legal battle with Tesla Chief Executive Elon Musk, who is attempting to back out of his unsolicited $44 billion offer to buy Twitter.

Four sources told Reuters operations in China became a source of internal clashes between teams keen to maximise the sales opportunity and others concerned at the optics of doing business with state-affiliated entities at a time of growing tension between Beijing and Washington.

Twitter’s dealings in China came to the fore on Tuesday when the U.S. Senate Judiciary committee held a hearing to consider a whistleblower complaint filed by Twitter’s former security chief Peiter “Mudge” Zatko.

He referenced this Reuters story when testifying about how the FBI told Twitter there was a Chinese agent working at the company.

Among other claims, his 84-page complaint alleged “Twitter executives knew that accepting Chinese money risked endangering users in China,” and that “Mr Zatko was told that Twitter was too dependent upon the revenue stream at this point to do anything other than attempt to increase it.” Reuters could not independently verify the claims.

During the hearing, U.S. Senator Chuck Grassley said that Zatko’s disclosures to the committee alleged that the FBI notified Twitter of at least one Chinese agent in the company.

Zatko said during the hearing the agent was alleged to be from China’s Ministry of State Security, the country’s main espionage agency.

The former executive told the hearing that Twitter employees had been “disturbed” that, despite being banned in China, the platform was accepting money from organizations associated with the Chinese government, resulting in an “internal conundrum”.

“The response was we’re already in bed. It would be problematic if we lost that revenue stream so figure out a way to make people comfortable with it,” Zatko told senators.

Two people with knowledge of the matter said Twitter’s China sales team actively courted local governments in the country as part of its global strategy to compete for ad business with tech rivals like Alphabet’s Google and Meta’s Facebook.

Gaming, e-commerce, and tech firms in China are also key Twitter customers, according to two sources. Twitter’s sales of overseas ads to Chinese clients are estimated to be in the “hundreds of millions of dollars a year”, the people said, the majority coming from these companies.

The people with knowledge of the matter declined to be identified citing confidentiality agreements.

Twitter declined to comment on internal discussions and its sales performance in China. A spokesperson said the company has never hidden the fact that it does business with Chinese commercial entities.

The company  banned political and state-media advertising in 2019, though an August blog announcement https://blog.twitter.com/en_us/topics/company/2019/advertising_policies_on_state_media that year allowed a carveout for ads “from (state-media) accounts solely dedicated to entertainment, sports and travel content”. In March this year, though, that exemption was rescinded, effectively banning state-media firms from advertising on Twitter altogether.

Still, Reuters found dozens of ads for Chinese local governments, as well as for state media themselves, published on Twitter since March. Twitter, like other platforms, also derives revenue when advertisers submit ads via a self-service online platform.

Twitter said it is improving auto-detection technology aimed at activities that violate the platform’s policies. “This work is challenging and we know we have more to do,” the company said in a statement.

The Chinese Communist Party’s top propaganda organ and the central government’s ministry of culture and tourism, both based in Beijing, did not respond to a request for comment.

Twitter’s China region has seen an 800-fold improvement in revenue since 2014, the fastest-growing globally, according to the now-deleted LinkedIn bio of Twitter Greater China Managing Director Alan Lan. The bio was reviewed by Reuters late in August before it was taken down.

Chinese local authorities continued buying foreign social media ads and content even after the COVID-19 pandemic triggered the closure of the country’s borders, according to a review of 36 publicly available local government tenders, budget documents from 2020-2022, and social media accounts. It wasn’t immediately clear why such ads were placed with China effectively closed.

“Life is always unusually brilliant because we are in Wuhan,” one promoted tweet from the @Visit_Wuhan account in July 2021 read, part of a 2 million yuan ($289,000) government tender.

Another promoted tweet from September 2022, a verified account for the province of Shaanxi, famous for its Terracotta Warriors, urged users to “Hurry up and follow me to Shaanxi to feel its charm!”

Some Washington-based senior Twitter executives, worried the expansion of its China business could backfire on the company, pushed for sales to Chinese government-affiliated accounts to be curbed altogether during the administration of former U.S. President Donald Trump as tensions with Beijing worsened in 2020, according to two sources.

An attempt to set up what would have been the company’s first mainland China-based sales office was shut down in 2019 on data security concerns, sources said, as tensions swirled internally over the company’s operations in China.

Twitter didn’t respond to questions on the mainland office talks.

Reuters’ review of more than 300 accounts representing local governments found that as of the time of this story’s publication less than a dozen were labelled by Twitter as state-affiliated media. Publicly available tender documents reviewed by Reuters show the vast majority of these accounts are outsourced to state media.

@iChongqing_CIMC, a state-run operation paid by the southwestern metropolis of Chongqing, as well as the verified accounts @PDChinaLife and @PDChinaSports, run by the Communist Party’s official People’s Daily, all continued to advertise on Twitter until as recently as last month. Both the People’s Daily and iChongqing did not respond to a request for comment.

As the business grew, Chinese local government accounts ramped up their demands on the company, asking for blue-tick verifications just as accounts elsewhere do, or for help with negative activity targeting their accounts, two sources said.

The buying of ads on Twitter by state-affiliated entities has come as Chinese police have increased arrests of citizens who have found ways to use the platform to criticise authorities, according to Chinese news coverage of court cases.

Chinese courts have sentenced dozens of people in the past three years for using Twitter and other foreign platforms to criticise authorities, according to court records and media articles.

China rarely comments on such cases, but when it does it justifies the punishment by accusing the critics of trying to subvert the regime.

(Reporting by Fanny Potkin in Singapore and Eduardo Baptista and Tony Munroe in Beijing; Editing by Kenneth Li, Kenneth Maxwell and Lisa Shumaker)