How virtual reality is pushing the boundaries of corporate training 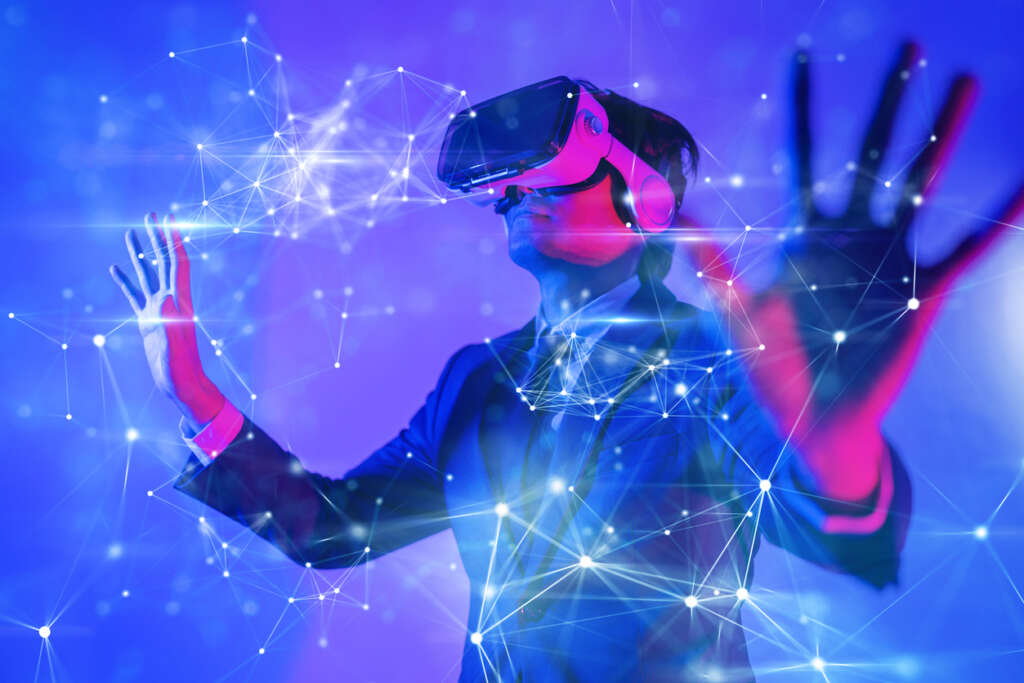 Virtual reality (VR) has increasingly moved into the technological mainstream for both consumers and businesses over the last 10 years. However, its history begins far earlier than most people realise. For example, the first concept of VR as we understand it today was a story released in the 1930s by science fiction writer Stanley G. Weinbaym, called “Pygmallion’s Spectacles.” The first headsets and VR experiences as we might define them were developed in the 1950s and 60s.

The 1980s and 1990s are well documented as being when the first major efforts at creating VR experiences and devices for consumers, rather than just lab research, were attempted. The idea of science fiction becoming reality led to VR appearing all over popular culture, especially in films and music videos.

Although VR had some success and staying power in military applications — especially continued use in pilot training for the US air force and NASA — the computing power and hardware of the time just didn’t match the concepts and ideas of VR for the everyday consumer. The technology was largely abandoned for 10-15 years; but today VR has moved beyond just ‘having a renaissance’ to being increasingly centered as the main disruptive technology of the 21st century for entertainment, training, learning and socialising.

Whilst the technology is mostly known amongst consumers for its use within gaming and entertainment, VR applications are being used across a wide range of different industries. One example is its use within training environments, which is now considered one of the fastest growing applications of VR – surprisingly more so than gaming.

VR technology has the potential to revolutionise the way businesses train their employees. In fact, multiple studies have shown that people learn better and improve the amount of information they can recall when learning in virtual environments versus traditional computer screens or hand-held tablets.

In a world that is still very much adapting to the long-term impact of COVID-19, now is the time to embed innovative ways to support skills development that can be done from anywhere.

There are several companies who have been early adopters of VR for training purposes.

An interesting example is Boeing’s use of VR to train new engineers. The company currently uses VR to help teach its engineers complex wiring processes by creating VR images of the body of the airplane together with details and exact visuals of where the wires need to be connected.

Since using this new training process, Boeing has managed to cut its total training time by 75% per person, and basic mechanic training has been reduced by a month with the help of VR.

Another example is Arizona State University’s use of VR to transform education through exploration.

The university has partnered with leading VR company, Dreamscape Immersive, to create ‘Dreamscape Learn’. This initiative will add avatar-driven VR experiences to both campus-based and online courses, starting with introductory biology and eventually expanding throughout the sciences and beyond.

The initial Dreamscape Learn experience built for the university’s students will be based on Dreamscape’s first original VR adventure, Alien Zoo, which transports users to an orbiting wildlife sanctuary for endangered life-forms from the far corners of the universe. This will become an immense VR lab that allows students to explore, observe and collect digital specimens and solve problems that reflect the key concepts taught in introductory biology.

The key to the value of VR in training environments is the same as in gaming – immersion.

Emotional engagement has a huge influence on the cognitive processes of humans — including perception, attention, learning and memory. It also has a particularly strong influence on attention, especially when it comes to motivating action and behaviour.

However, whilst VR has a major edge compared to other digital media in these regards, a seated VR experience may not make the scenario real enough to elicit emotions and provide the most effective learning outcome. In addition, seated VR training cannot provide the physical practice and muscle memory needed to fully retain a large amount of information.

So how can we ensure VR training is as immersive and as realistic as possible?

Location-based entertainment — or LBE— refers to a particular form of interactive entertainment which takes place in a specific location outside of the user’s home. Typically, a dedicated physical space that is equipped with all the props, tools, and equipment needed to create a truly immersive environment. ‘LBVR’ (Location-Based Virtual Reality) specifically refers to the use of VR within the context of LBE. Users can physically interact with the space and each other, whilst seeing virtual representations of both, in a much more engaging way than traditional seated VR methods.

LBE can support many simultaneous users in much bigger venues, with extremely precise full body tracking to provide a more realistic and immersive VR experience. It can be said that “traditional VR transports your eyes and ears, LBE transports your whole body”.

LBE training is currently being deployed within safety-first organisations such as the military, emergency services and mining companies, where employees regularly face potentially dangerous situations. It gives employees the chance to gain on-the-job training in a risk-free environment where they can learn by doing.

What does the future hold?

Whilst current LBE training is predominantly being used across safety-critical applications, we’re very likely to see this method of training receiving traction across a wider range of industries in the future.

Whether it is LBE-based or more traditional headset-based, VR training is here to stay. However, it’s important for businesses to understand what they are trying to achieve from any training before deciding on what implementation is best suited for them. Traditional VR training is helping – and will continue to help – millions of employees across the globe; but for those looking for the most immersive, effective and believable scenarios, full body immersion is the way forward.

Sky no longer the limit for Germany’s ‘Mainhattan’ skyscraper boom

The endless possibilities of digital twins