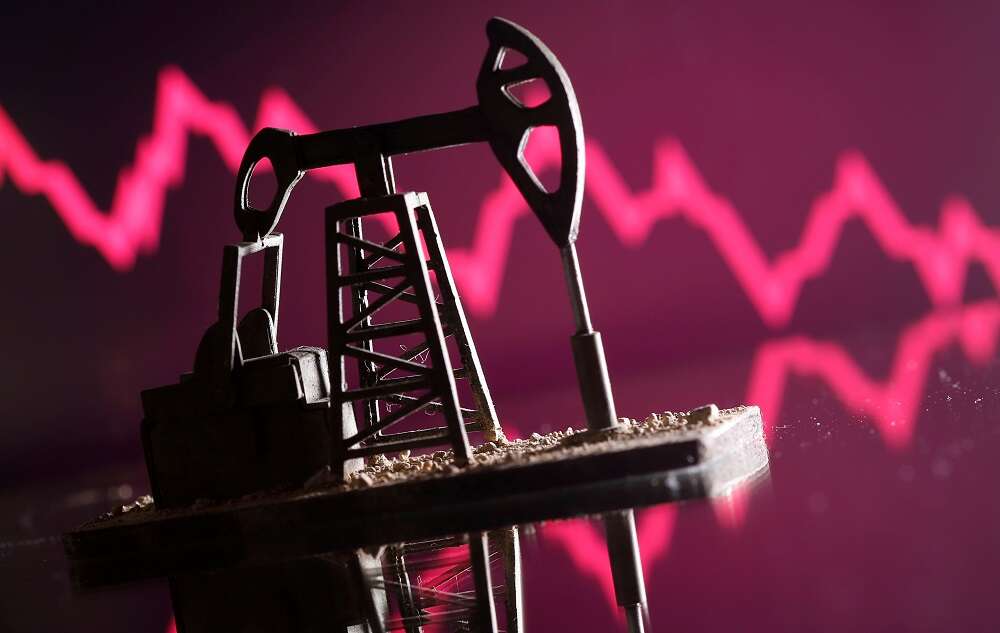 HOUSTON (Reuters) – Oil steadied after hitting prices not seen in roughly a decade on Thursday, as sellers jumped in on hopes that the United States and Iran will agree soon to a nuclear deal that could add barrels to a badly undersupplied market.

Trade was volatile, however, as investors anticipate ongoing disruption to worldwide oil flows due to heavy sanctions on Russia after Moscow invaded Ukraine a week ago. Russia exports 4 to 5 million barrels of crude per day, second-most worldwide behind Saudi Arabia, and companies are now shunning Russian supply and scrambling for barrels elsewhere.

Washington and its Western allies have imposed sanctions on Russia over its invasion of Ukraine, but the measures have so far stopped short of targeting Russian oil and gas exports. A new round of sanctions announced by the White House on Wednesday ban the export of specific refining technologies, making it harder for Russia to modernize its oil refineries. [nL1N2V52U8]

Global benchmark Brent has jumped nearly 25% since the Russian invasion of Ukraine on Feb. 24. Brent’s six-month spread hit a record high of over $21 a barrel, indicating very tight supplies.

Several media reports have suggested that a deal between the United States and Iran is nearly complete, which could bring more than a million bpd of oil, or about 1% of global supply, back to the market.

Negotiations to revive the pact have been going on for 10 months in Vienna, and diplomats are now believed to be in the final stage of talks.

A report by the International Atomic Energy Agency (IAEA), the U.N.’s nuclear watchdog, on Thursday, however, showed the stock of enriched uranium amassed by Iran was in breach of its 2015 nuclear deal, and growing to the point that the country was nearing the ability to make a nuclear bomb.

Analysts at consultancy EuroAsia Group, said the chief of the IAEA, Rafael Grossi, will visit Tehran on Saturday in an effort to resolve outstanding issues.

“Grossi’s trip increases the odds of the revival of the Joint Comprehensive Plan of Action to 70% (from 60%),” EuroAsia Group said, noting “a deal is likely this month and as soon as the next several days.”

The head of the International Atomic Energy Agency, which monitors Iranian nuclear activity, visits Iran on Saturday – another move seen as raising prospects for a deal.

Still, that supply relief may only end up filling part of a gap left by buyers curtailing their purchases of oil from Russia, which accounts for about 8% of global oil exports.

“We expect that Russian oil exports will plunge by 1 million bpd from the indirect impact of sanctions and voluntary actions by companies,” said Rystad Energy Chief Executive Jarand Rystad. “Oil prices are likely to continue to climb – potentially beyond $130 per barrel.”

The Organization of the Petroleum Exporting Countries, Russia and their allies, a group known as OPEC+, on Wednesday stuck to an existing plan for a gradual output rise of 400,000 bpd a month, snubbing consumer calls for more.

Russian ETF jumps as some sense bargains in ‘uninvestable’ market