Home News Ukraine to confront Russia at Int’l Court of Justice on Monday
Our website publishes news, press releases, opinion and advertorials on various financial organizations, products and services which are commissioned from various Companies, Organizations, PR agencies, Bloggers etc. These commissioned articles are commercial in nature. This is not to be considered as financial advice and should be considered only for information purposes. It does not reflect the views or opinion of our website and is not to be considered an endorsement or a recommendation. We cannot guarantee the accuracy or applicability of any information provided with respect to your individual or personal circumstances. Please seek Professional advice from a qualified professional before making any financial decisions. We link to various third-party websites, affiliate sales networks, and to our advertising partners websites. When you view or click on certain links available on our articles, our partners may compensate us for displaying the content to you or make a purchase or fill a form. This will not incur any additional charges to you. To make things simpler for you to identity or distinguish advertised or sponsored articles or links, you may consider all articles or links hosted on our site as a commercial article placement. We will not be responsible for any loss you may suffer as a result of any omission or inaccuracy on the website.
News 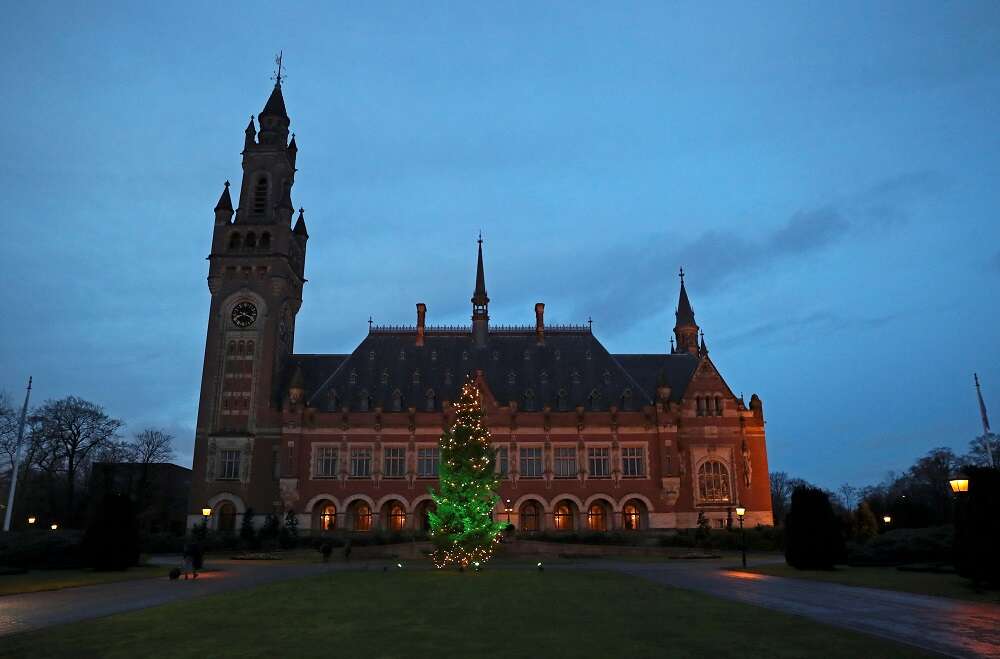 THE HAGUE (Reuters) – Ukraine and Russia will face off Monday at the International Court of Justice (ICJ) in a hearing on emergency measures sought by Kyiv to order Moscow to suspend military operations, with Russia’s legal team weakened by the resignation of a key lawyer.

The case lodged by Ukraine at the U.N. court centres on the interpretation of a 1948 treaty on the prevention of genocide, signed by both Russia and Ukraine.

The court is named in the treaty itself as the forum for resolving disputes related to it, and Ukraine’s suit argues that Russia has misinterpreted the treaty in several ways.

Russian President Vladimir Putin has suggested in televised addresses that Russia’s invasion of Ukraine – which he calls a “special military action” – was justified by the need “to protect people who have been subjected to bullying and genocide… for the last eight years” in Eastern Ukraine.

Kyiv’s suit argues there is no evidence that genocide has taken place or will take place in Eastern Ukraine. It asked the court to establish that “Russia has no lawful basis to take action in and against Ukraine for the purpose of preventing and punishing any purported genocide”.

The Russian Embassy in The Hague could not be reached on Friday for comment on how it will respond.

Russia’s legal team will be weakened by the absence of Allain Pellet of France, who announced his resignation in an open letter published this week.

“Enough is enough,” wrote Pellet, who was representing Russia in other international cases, including Ukraine’s ongoing suit against Russia at the ICJ over the 2014 annexation of Crimea.

“It has become impossible to represent in forums dedicated to the application of the law a country that so cynically despises it.”

The ICJ is the highest court for resolving disputes between states, and while cases there usually take years to resolve, it has a fast-track procedure to look at requests for “provisional measures” such as those Ukraine has requested.

The court can order provisional measures to prevent a situation from worsening before it looks at more fundamental questions such as whether it has jurisdiction, or the merits of a case.

Countries usually, but do not always, follow the court’s orders, which are binding.

The hearings are set to start Monday at 10 am local time (0900 GMT) with Ukraine presenting its case. On Tuesday, Russia is scheduled to respond.

Russia’s offer to foreign firms: stay, leave or hand over the keys