Home News Polish cabinet backs 2023 budget with 65 billion zloty deficit, PM says
Our website publishes news, press releases, opinion and advertorials on various financial organizations, products and services which are commissioned from various Companies, Organizations, PR agencies, Bloggers etc. These commissioned articles are commercial in nature. This is not to be considered as financial advice and should be considered only for information purposes. It does not reflect the views or opinion of our website and is not to be considered an endorsement or a recommendation. We cannot guarantee the accuracy or applicability of any information provided with respect to your individual or personal circumstances. Please seek Professional advice from a qualified professional before making any financial decisions. We link to various third-party websites, affiliate sales networks, and to our advertising partners websites. When you view or click on certain links available on our articles, our partners may compensate us for displaying the content to you or make a purchase or fill a form. This will not incur any additional charges to you. To make things simpler for you to identity or distinguish advertised or sponsored articles or links, you may consider all articles or links hosted on our site as a commercial article placement. We will not be responsible for any loss you may suffer as a result of any omission or inaccuracy on the website.
News 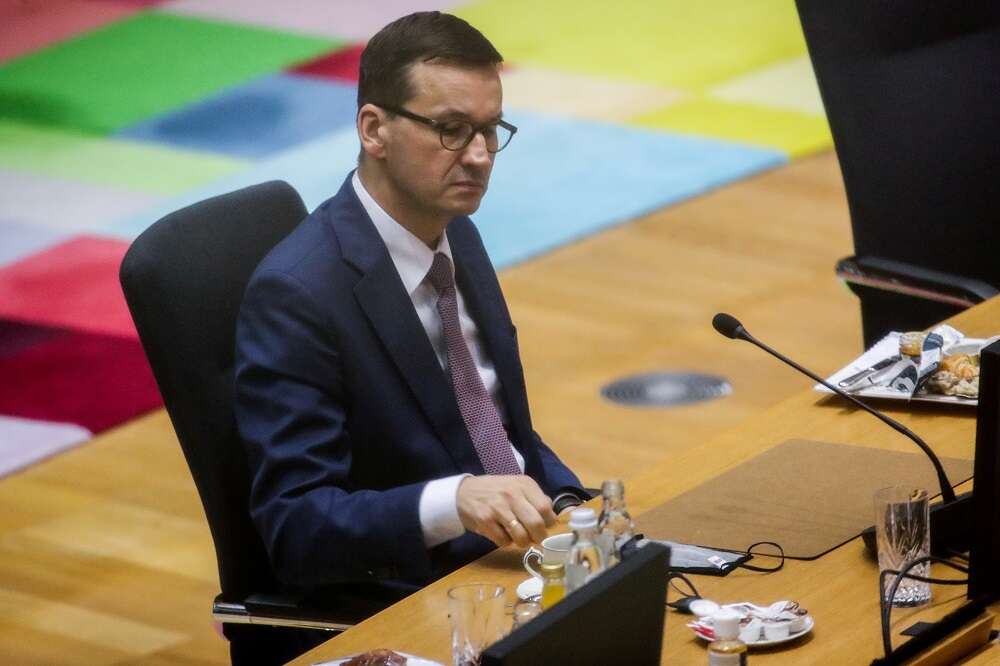 WARSAW (Reuters) -The Polish government has approved a 2023 draft budget that envisages a deficit of around 65 billion zloty ($13.8 billion), Prime Minister Mateusz Morawiecki said on Tuesday.

Average inflation is seen at 9.8% next year versus 13.5% in 2022, with a public sector deficit at 4.2%-4.4% of gross national product (GDP) in 2023 and economic growth of 1.7%, he said.”The cabinet has backed an ambitious budget for difficult times that is backed by conservative assumptions,” the prime minister told reporters.

“Conservative assumptions mean that economic growth will likely be higher than 1.7%, while energy prices that have gone crazy will hopefully go down,” he said.

Morawiecki said the government was ready for more steps to mitigate the effect of surging gas prices that are already dampening demand for the fuel.

“The economy is adjusting even as it’s expanding. Expected gas consumption will fall to below 18 billion cubic meters this year from 20 bcm last year,” Morawiecki said.Poland’s central bank is expected to hike the main interest rate to 7% in the second half of 2022 from 6.5% now, and the government assumes borrowing costs will start to fall from the fourth quarter of 2023, he added.

Central bank governor Adam Glapinski said in an interview published on Monday that policymakers could raise rates at least once or twice more by 25 basis points if necessary.