Home News Toyota’s July global vehicle output drops again, puts annual target in doubt
Our website publishes news, press releases, opinion and advertorials on various financial organizations, products and services which are commissioned from various Companies, Organizations, PR agencies, Bloggers etc. These commissioned articles are commercial in nature. This is not to be considered as financial advice and should be considered only for information purposes. It does not reflect the views or opinion of our website and is not to be considered an endorsement or a recommendation. We cannot guarantee the accuracy or applicability of any information provided with respect to your individual or personal circumstances. Please seek Professional advice from a qualified professional before making any financial decisions. We link to various third-party websites, affiliate sales networks, and to our advertising partners websites. When you view or click on certain links available on our articles, our partners may compensate us for displaying the content to you or make a purchase or fill a form. This will not incur any additional charges to you. To make things simpler for you to identity or distinguish advertised or sponsored articles or links, you may consider all articles or links hosted on our site as a commercial article placement. We will not be responsible for any loss you may suffer as a result of any omission or inaccuracy on the website.
News 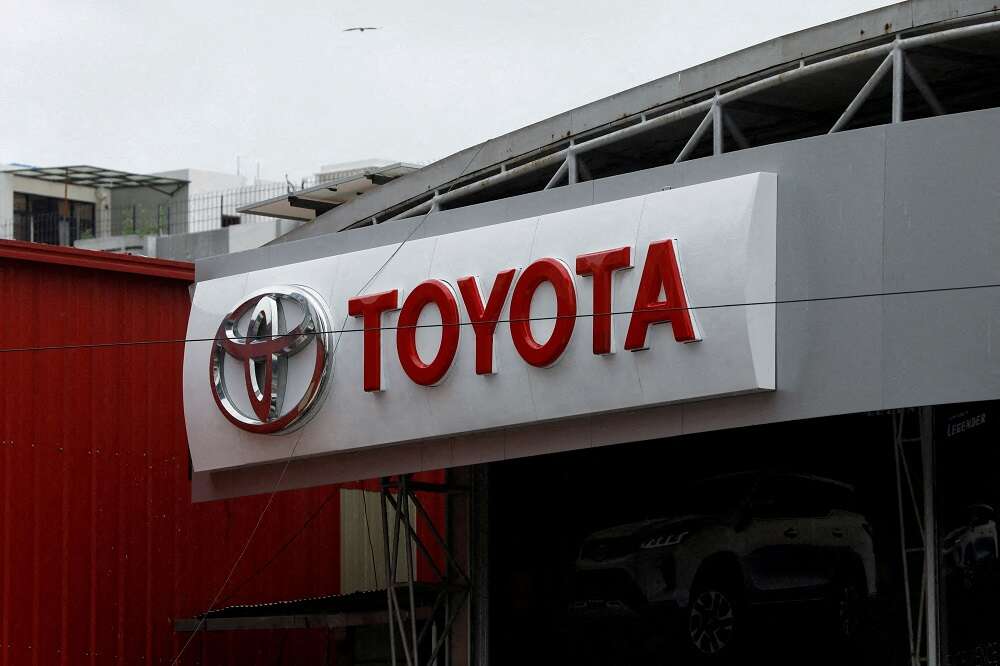 The sustained weakness in overall performance in July from the world’s largest automaker by sales has raised concerns that Toyota may have to lower its annual production target of 9.7 million vehicles, even as China dials back pandemic restrictions and chip shortages are showing some signs of easing.

Production in the first four months of the current fiscal year, which began in April, has fallen 10.3% short of its initial plan.

The global auto industry has weathered supply chain disruptions caused by chip shortages and China’s strict COVID restrictions, but Toyota has also been dealing with heavy rain in Japan, a production line halt due to a recall investigation, and coronavirus outbreaks at a local plant.

Toyota said domestic production had tumbled 28.2%, outweighing record July overseas production, up 4.5%, driven by a strong recovery in Europe, China and the rest of Asia.

“In August this year, Toyota is planning to produce about 700,000 vehicles, and considering it made about 530,000 in August last year, I think the situation is starting to improve,” said Seiji Sugiura, senior analyst at Tokai Tokyo Research Institute.

Eager to make a strong comeback, the company said earlier this month it would hold to its annual production target as it planned to raise output through November, depending on supplies of parts and personnel. It expects September production to rebound to around 850,000 vehicles, a record for the month.

Still, Sugiura said Toyota was not out of the woods yet, citing uncertainty over stable chips procurement as a risk and expressing scepticism the company could stick to the 9.7 million production goal.

UK credit card borrowing rises by most since 2005 – BoE