Home News Swiss National Bank’s Maechler determined to bring down inflation
Our website publishes news, press releases, opinion and advertorials on various financial organizations, products and services which are commissioned from various Companies, Organizations, PR agencies, Bloggers etc. These commissioned articles are commercial in nature. This is not to be considered as financial advice and should be considered only for information purposes. It does not reflect the views or opinion of our website and is not to be considered an endorsement or a recommendation. We cannot guarantee the accuracy or applicability of any information provided with respect to your individual or personal circumstances. Please seek Professional advice from a qualified professional before making any financial decisions. We link to various third-party websites, affiliate sales networks, and to our advertising partners websites. When you view or click on certain links available on our articles, our partners may compensate us for displaying the content to you or make a purchase or fill a form. This will not incur any additional charges to you. To make things simpler for you to identity or distinguish advertised or sponsored articles or links, you may consider all articles or links hosted on our site as a commercial article placement. We will not be responsible for any loss you may suffer as a result of any omission or inaccuracy on the website.
News 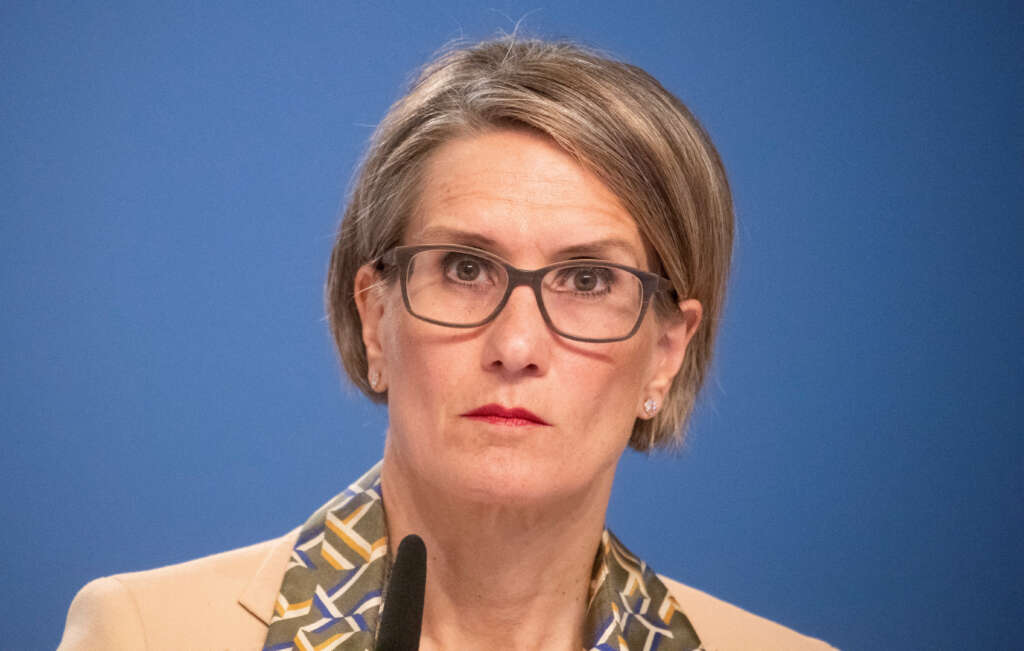 ZURICH (Reuters) -The Swiss National Bank will do “everything” to reduce inflation, governing board member Andrea Maechler said on Monday, saying last week’s rate hike was intended to signal the central bank’s determination to fight price increases in Switzerland.

“We have tightened monetary policy and raised interest rates to send a clear signal that we will do everything to bring down inflation over time,” Maechler told broadcaster SRF in an interview to be shown later on Monday.

“There are ever more signs that price increases are spreading to goods and services which have not been affected so far,” she said. “We are acting to make sure that inflation does not become entrenched.”

Swiss inflation hit 3.5% in August, its highest in nearly 30 years, exceeding the SNB’s target rate of 0-2%. The SNB responded last week by raising its policy rate by 75 basis points to 0.5%.

Maechler declined to comment on further rate increases expected by economists in the coming months.

“I never speak of interest rate expectations,” she told the programme Eco Talk. “I can only say what the market expects, and it expects the SNB and other central banks to further increase their rates.”

Possible losses by the SNB from its massive foreign currency holdings would not influences its policy, Maechler added, saying now was not the right time to start reducing the balance sheet which stood at nearly 1 trillion Swiss francs ($1.01 trillion).

The Swiss franc, whose appreciation previously the focus of SNB policy, had risen in value in recent months and helped dampen Swiss inflation, Maechler added.

The SNB would intervene in future in currency markets if the safe-haven currency became too strong.

“That means currency buying,” she said. “When the franc is too weak, we are ready to buy.”