Our website publishes news, press releases, opinion and advertorials on various financial organizations, products and services which are commissioned from various Companies, Organizations, PR agencies, Bloggers etc. These commissioned articles are commercial in nature. This is not to be considered as financial advice and should be considered only for information purposes. It does not reflect the views or opinion of our website and is not to be considered an endorsement or a recommendation. We cannot guarantee the accuracy or applicability of any information provided with respect to your individual or personal circumstances. Please seek Professional advice from a qualified professional before making any financial decisions. We link to various third-party websites, affiliate sales networks, and to our advertising partners websites. When you view or click on certain links available on our articles, our partners may compensate us for displaying the content to you or make a purchase or fill a form. This will not incur any additional charges to you. To make things simpler for you to identity or distinguish advertised or sponsored articles or links, you may consider all articles or links hosted on our site as a commercial article placement. We will not be responsible for any loss you may suffer as a result of any omission or inaccuracy on the website.
Home News Turkey’s economy expanded 7.5% in Q2, seen slowing in H2 – Reuters poll 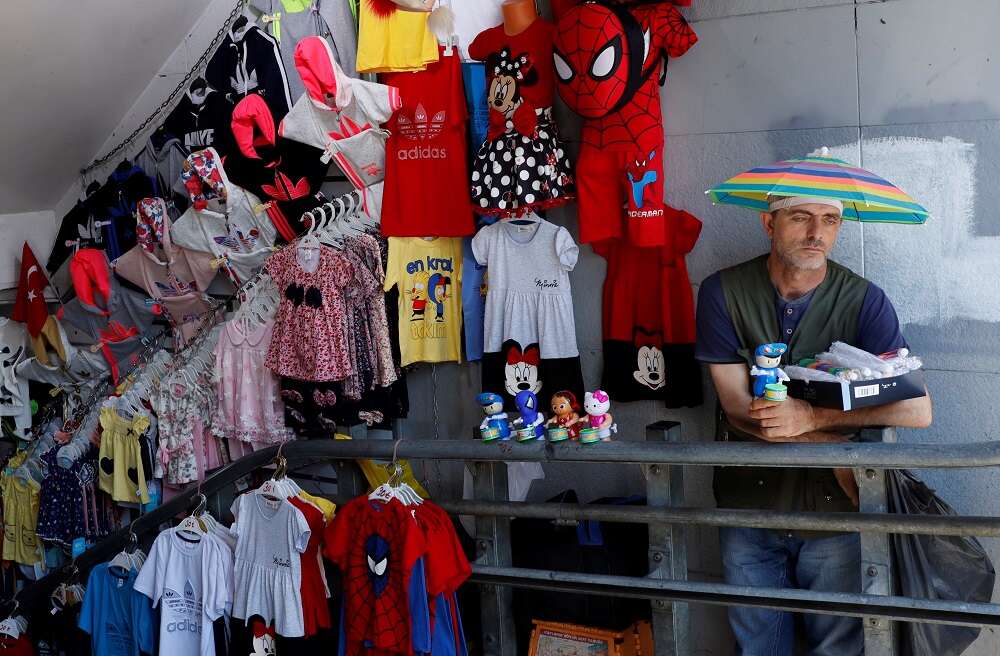 ISTANBUL (Reuters) – Turkey’s economy expanded 7.5% annually in the second quarter of the year, a Reuters poll showed on Wednesday, while the full-year growth forecast stood at 4%, pointing a drop in economic activity in the second half of the year reflecting weaker demand conditions.

The economy expanded 7.3% year-on-year in the first quarter, driven by strong performances strong exports and robust domestic demand. It is expected to have kept up the strong performance in the second quarter.

An easing cycle under Erdogan’s programme led the lira to end last year down 44% against the dollar and shed another 27% so far this year, sending inflation to a 24-year high of nearly 80% in July.

While the rate cuts aimed at stimulating the economy, analysts predict that activity could cool in the second half of the year due to a downward trend in demand and an expected economic slowdown in Turkey’s largest trade partners.

The median estimate of 13 economists in a Reuters poll for annual gross domestic product (GDP) growth in the second quarter stood at 7.5%, within a range of 5% and 8.7%.

The full-year growth was lower, with the median estimate of 18 economists standing at 4.05% and forecasts ranging between 3.3% and 5%.

Turkey’s central bank cited signs of a slowdown in the third quarter last week when it shocked markets by cutting its policy rate by 100 basis points to 13%.

“It is important that financial conditions remain supportive to preserve the growth momentum in industrial production and the positive trend in employment,” the bank said.

Finance Minister Nureddin Nebati said on Tuesday that he expects growth in the second quarter to come in higher than the 7.3% recorded in the first quarter.

Turkey’s economy was one of few to narrowly expand in 2020, thanks largely to cheap loans. It bounced back in 2021, expanding 11%.

The Turkish Statistical Institute is expected to announce second quarter growth results at 0700 GMT on Aug. 31.