Home News UK housing market may face perfect storm as mortgage rates rise, house prices drop
Our website publishes news, press releases, opinion and advertorials on various financial organizations, products and services which are commissioned from various Companies, Organizations, PR agencies, Bloggers etc. These commissioned articles are commercial in nature. This is not to be considered as financial advice and should be considered only for information purposes. It does not reflect the views or opinion of our website and is not to be considered an endorsement or a recommendation. We cannot guarantee the accuracy or applicability of any information provided with respect to your individual or personal circumstances. Please seek Professional advice from a qualified professional before making any financial decisions. We link to various third-party websites, affiliate sales networks, and to our advertising partners websites. When you view or click on certain links available on our articles, our partners may compensate us for displaying the content to you or make a purchase or fill a form. This will not incur any additional charges to you. To make things simpler for you to identity or distinguish advertised or sponsored articles or links, you may consider all articles or links hosted on our site as a commercial article placement. We will not be responsible for any loss you may suffer as a result of any omission or inaccuracy on the website.
News 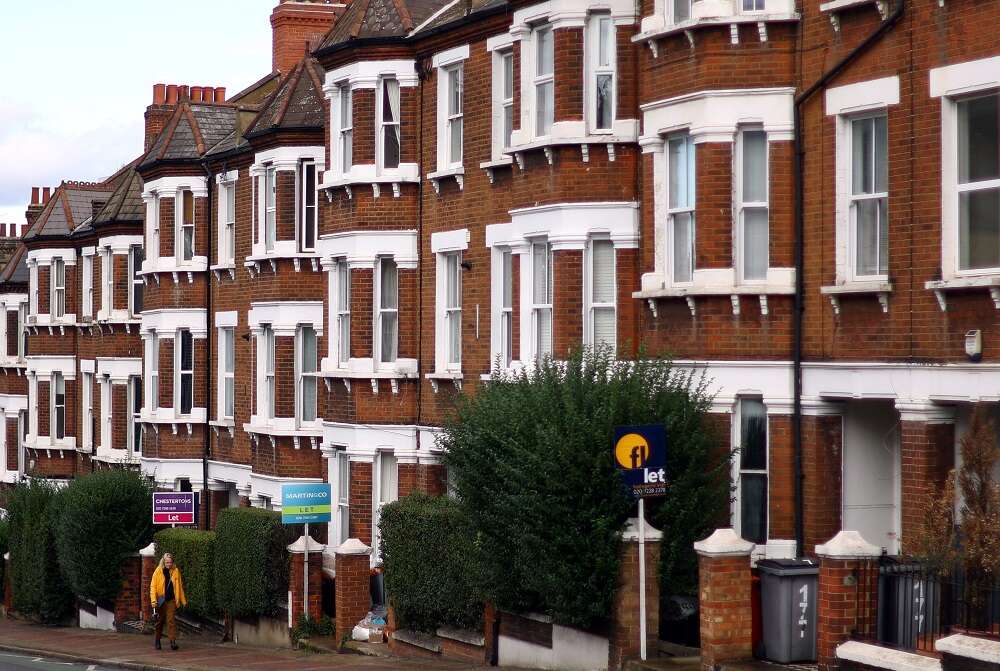 LONDON (Reuters) – A surge in borrowing costs and a likely slowdown in economic growth threaten to trigger a selloff in Britain’s housing market with consequences for personal wealth and the broader economy that could resonate for decades.

The tumultuous unveiling of the country’s new economic strategy has left lenders scrambling to keep up with wild swings in the sterling funding markets that determine what mortgage rates they offer to homeowners, whose sense of wealth is intimately tied to the value of their property.

The most recent government data showed just under two-thirds of 24.7 million dwellings across Britain were owner-occupied, with 8.8 million homes owned outright and 6.8 million owned with a mortgage or a loan.

Some institutions temporarily stopped selling mortgages to new customers, while many others ramped up repayment rates for new loans to levels seen overstretching millions of existing homeowners and making new mortgages unaffordable for many others.

Mortgage deals for new customers now feature rates at around 5%-6% – a steep increase from the norm of around 2% for the last five years which is prompting rising concern of a collapse in the property market further down the line.

“The mortgage crisis is going to be bigger than energy now,” said Richard Murphy, professor of accounting practice at Sheffield University, warning of a drop in house prices that could leave many with debt greater than the value of their home.

“This will end in tears.”

That fed a sense of affluence which in turn buoyed consumer spending and underpinned wider growth in the economy. But that could unravel if the unintended consequence of finance minister Kwasi Kwarteng’s bid to turbo-charge economic growth with tax cuts ends up forcing the cost of borrowing higher.

A Fitch Ratings study in July identified Britain as among the most exposed globally to a rise in borrowing costs because of the relatively high debt-to-income levels accepted by home-owners and its high proportion of loans on floating rates.

Even among those who did fix their repayment rate, some 1.3 million borrowers are due to reach the end of their fixed-rate term this year, according to an analysis by UK Finance and Accenture published before the most recent rate rises.

Where repayment rates finally settle depends on shifts in debt markets plus the overall cost of borrowing set by the Bank of England – with money markets now expecting that to hit almost 5.75% by the middle of next year from 2.25% now.

“The view of investors that I’ve been speaking to over the last day or so is that effectively the UK banks are saying there’s no front book at these rates,” John Cronin, head of financials at stockbroker Goodbody said, referring to the prices of services available to new customers.

“They’re just too painful from an affordability standpoint.”

This comes on top of a cost of living crisis driven by rising food and energy prices which is already biting many hard.

Debt charity StepChange said one in seven of its new clients are mortgage-holders facing rising debt, while the Money Advice Trust said 5% of UK adults already reported they were behind in their mortgage payments last month – up from 2% in March.

“All of this will cause a massive downturn and mega- disruption of the mortgage and housing markets and the financial equilibrium in the typical Briton’s life,” Roger Gewolb, founder of the Campaign for Fair Finance, told Reuters.

Beyond the immediate squeeze this will have on consumers’ ability to spend, rising borrowing costs also have the potential to send the years-long house market rally into reverse: HSBC analysts predict house price falls of 7.5% into next year.

Goodbody’s Cronin noted that in ordinary times, higher interest rates meant better profits from lending and so were usually positive for bank sector profits – until such a point as there is a risk the original loan cannot be repaid.

“At a certain level that will overshadow the revenue upside. I think we’re now at that stage where people are asking that question,” Cronin said.

Some top mortgage lenders are calling for calm, stressing they are still signing mortgage deals and that the pullback in lending among smaller rivals is in no way indicative of a broader, exodus of lenders from the mortgage market.

Chris Huddleston, chief executive of international brokerage company FXD Capital, said he expected the mortgage market to remain in limbo in coming weeks as investors watch currency markets and how the Bank of England reacts.

“If the pound stabilises, and the BoE avoids an emergency hike – I don’t believe this will happen – then lenders can resume lending with some degree of confidence in their cost-of-funds modelling,” he said.