Home News World stocks upbeat on hopes for China re-opening, inflation peaking
Our website publishes news, press releases, opinion and advertorials on various financial organizations, products and services which are commissioned from various Companies, Organizations, PR agencies, Bloggers etc. These commissioned articles are commercial in nature. This is not to be considered as financial advice and should be considered only for information purposes. It does not reflect the views or opinion of our website and is not to be considered an endorsement or a recommendation. We cannot guarantee the accuracy or applicability of any information provided with respect to your individual or personal circumstances. Please seek Professional advice from a qualified professional before making any financial decisions. We link to various third-party websites, affiliate sales networks, and to our advertising partners websites. When you view or click on certain links available on our articles, our partners may compensate us for displaying the content to you or make a purchase or fill a form. This will not incur any additional charges to you. To make things simpler for you to identity or distinguish advertised or sponsored articles or links, you may consider all articles or links hosted on our site as a commercial article placement. We will not be responsible for any loss you may suffer as a result of any omission or inaccuracy on the website.
News 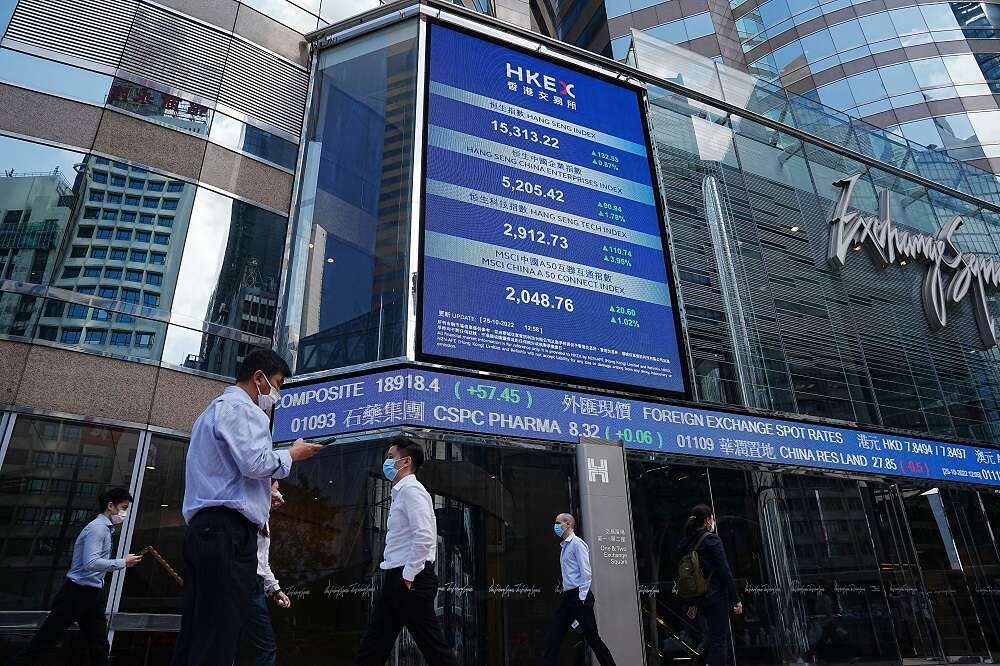 LONDON (Reuters) -World equity markets rallied on Wednesday lifted by hopes that inflation is peaking and a re-opening of China’s economy is near, with focus turning to U.S. Federal Reserve chief Jerome Powell who speaks later in the day.

The pan-European STOXX 600 index rallied 0.7% higher after three straight sessions in the red, while U.S. stock futures pointed to a firm open for Wall Street.

Data showed euro zone inflation eased far more than expected in November, raising hopes that sky-high price growth is now past its peak and bolstering the case for a slowdown in European Central Bank rate hikes next month.

A Santa rally appeared to come early for some markets, with Asian shares set for their strongest month since 1998 and emerging market stocks poised for their biggest monthly surge since 2009.

But the dollar, hit by expectations that a peak in U.S. interest rates is near, was set for its biggest monthly loss in more than 20 years.

Fed chief Powell will speak on the economy at the Brookings Institution in Washington later. These are likely to be his last public comments on monetary policy ahead of the blackout period before the Fed’s Dec 13-14 meeting.

“I’m not sure if markets are looking for a pivot but we think he will stress the Fed is nowhere near the end of its tightening cycle,” said James Rossiter, head of global macro strategy at TD Securities in London.

Investors looked past disappointing business activity data from China and an escalation of protests in some parts of the country over stringent COVID-19 lockdowns, pinning hopes instead on a quicker reopening of the world’s No.2 economy.

MSCI’s broadest gauge of Asia Pacific stocks outside Japan rallied more than 1% to its highest since September. It was set for its best month since 1998.

Investors appeared to view protests in China as a catalyst for the economy opening up again after stringent COVID lockdown moods. Chinese officials on Tuesday said the country would speed up COVID-19 vaccinations for elderly people.

“Markets are cheering the fact that the government is close to pivoting on COVID-19,” RaphaÃ«l Gallardo, chief economist at Carmignac said in a webinar on the firm’s 2023 outlook.

“We can say with confidence that a reopening is coming but it’s because the authorities will be overwhelmed with the number of (COVID) cases in the coming months.”

Hopes for a China reopening alongside an expectation that inflation and central bank interest rates may be close to peaking meant that November looks set to end as great month for many markets.

China property stocks are up 70% this month, poised for their best ever month. They had dropped over 80% since start of 2020.

And a rally in emerging markets was in full swing, with MSCI’s emerging market stock index up around 14% in November and set for its best month since May 2009 and.

Signs that U.S. inflation is peaking, meaning the Fed can slow the pace of its aggressive rate hikes, has boosted government bond markets but dented the robust dollar.

“Even if the surprise slowdown in inflation is good news, it is only the first in a long series of conditions the Fed needs to see before it pauses its hiking cycle,” said ING senior rates strategist Antoine Bouvet.

“Longer-term, the direction of travel is indeed towards lower inflation and an end to this tightening cycle but we expect the Fed to take Fed Funds rates some 100 bps higher than currently, just under 5%, before this is the case.”

The U.S. dollar index, which measures the performance of the greenback against six major currencies, fell 0.4% to 106.44.

It has lost around 4.5% in November, making this its biggest one-month drop since 2010.